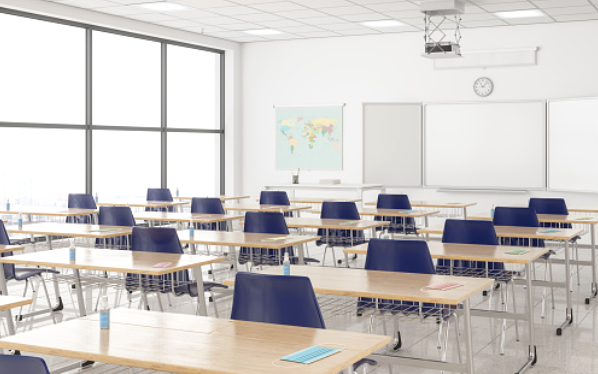 Why Should Schools Continue to Start Early In The Morning?

Dive Deep Into The Pros and Cons of Later Start Times

Ever wonder why DHS starts before many breakfast locations are open? Further, why do high school students often arrive over an hour earlier than their elementary school counterparts? What effect does this have on students and can school start times change?

It’s possible that the reason why schools should continue to start early is simply to either avoid taking risks or to save the bother of creating a new bell schedule.  As simple as that may seem, it’s more complicated than that.

With the later school start times, it can affect students’ schedules. Many students participate in extracurricular activities, such as clubs, sports, etc.

If school districts change start times, these activities will be pushed later in the day.

According to the article, Pros and Cons of Later School Start Times by Leigh Morgan, “It would make it difficult for students to participate and still have enough time to study, complete homework assignments, participate in social activities, resource  access such as meeting with teachers, and tutoring sessions.” All on top getting to bed at a reasonable hour.

By the time students get home from these activities, it will be dark because of daylight savings time. The sun sets around four, which is around the time they leave. Some students may have to stay at school for even later.

While it is true that it is better to not change school times later, this reason is not so compelling an argument when one considers students lack of sleep and how it can negatively affect their academic performance, and overall well being.

With changing the school time to later it can help better students grades, and health.

While it is true that it is better to not change school times later, this reason is not so compelling an argument when one considers students lack of sleep and how it can negatively affect their academic performance, and overall well being.”

AASM also reports that, “Sleep deprivation leads to anxiety, irritability, lack of motivation and other symptoms of depression. Delaying school start times can reduce these symptoms, as demonstrated by the results of the University of Minnesota study.

Additionally, according to How Stress Affects College Students’ Academic Performance  by Yvette Stupart, lack of sleep can lead to, “Poor management skills, concentration difficulties, memory problems, physical symptoms such as frequent headaches, tremors, and nervous habits.” When students are being affected by the categories above, this could lead to poor academic results.

By pushing school start times later, this can help students get better sleep, and result in better academic performance, and overall well being.

Even though there are pros and cons to continuing the time school starts, students need to get used to the nine to five work lifestyle.

According to the article Adjusting to the 9-to-5 by Amy Bergen states, “ After college and once a new job kicks in, your schedule will look a lot different. You will have to learn how to manage time correctly.” The schedule schools have now, helps students get used to waking up early, like what you would normally do for a work day where you may have a commute and have to be a bit more presentable than students tend to look at school. When getting a new schedule to your life, give your body a few weeks to adjust to an early alarm and bedtime. Your identity is shifting from student to professional; you need to prove yourself in a new environment.

I’m assuming boards of education or administrations don’t want their students to develop a habit of sleeping in; and avoiding work. It’s better to get up, be productive and use your time wisely.

According to the article, Benefits of Waking up Early Every Morning by Education World, “People who wake up early have better brain function, superior critical thinking and problem-solving skills. Sleeping early and waking up early improves concentration and memory power too.” This means people will tend to perform better at work.

Bus drivers have to drop students off at the high school and then pick up young kids for elementary schools; delayed school start times would affect this schedule.

The article, Pros and Cons of Later School Start Times by Leigh Morgan states, “There have been reports that buses have been overcrowded, late, and major traffic has increased.” This year, all Greenwich Public Schools begin classes between 8am and 8:45 a.m., concentrating more school buses and parent cars on the roads when many other commuters are heading to work. “When we get driven to school, it overlaps with Central’s starting time as well,” sophomore Will Taki said in Later School Start Times are Causing Transportation Problems by Emilie Munson.

Making school start later can most impact the schedules of working families.

Morgan continues, “If school districts change start times to 8:00 or 8:30, parents will not be able to drive their kids to school and still get to work on time in the morning. This is a problem especially for parents of young children, as young kids need supervision while getting ready for school and waiting for the school bus.”

If we are going to be realistic, not all families would want to spend an extra amount of money for a nanny to drive their kids who don’t have a license to school.

By the time students are done with school parents might not be able to pick their kids up since some of them work a nine to five job.

There are benefits and drawbacks to delaying school. Even if it is somewhat beneficial to students’ grades and health to move school to a later time, they will still face these problems regardless.

There are a few other drawbacks to consider. Students must adjust to a nine-to-five work schedule. Even though not all students are going to work a nine to five job, it is beneficial to wake up early. The school district will face major transportation issues, and working families’ schedules are affected.

Some schools are willing to take a risk and attempt something new. However, because we, the students, families, and administrators, have been exposed to this schedule for such a long time, we have already become accustomed to it.

A Recap of The COVID Related Changes at DHS 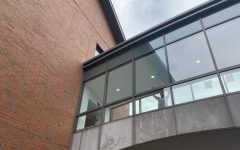 A Recap of The COVID Related Changes at DHS 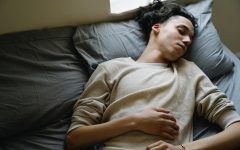