Netflix’s horror-comedy does everything expected of it in the least excellent way. 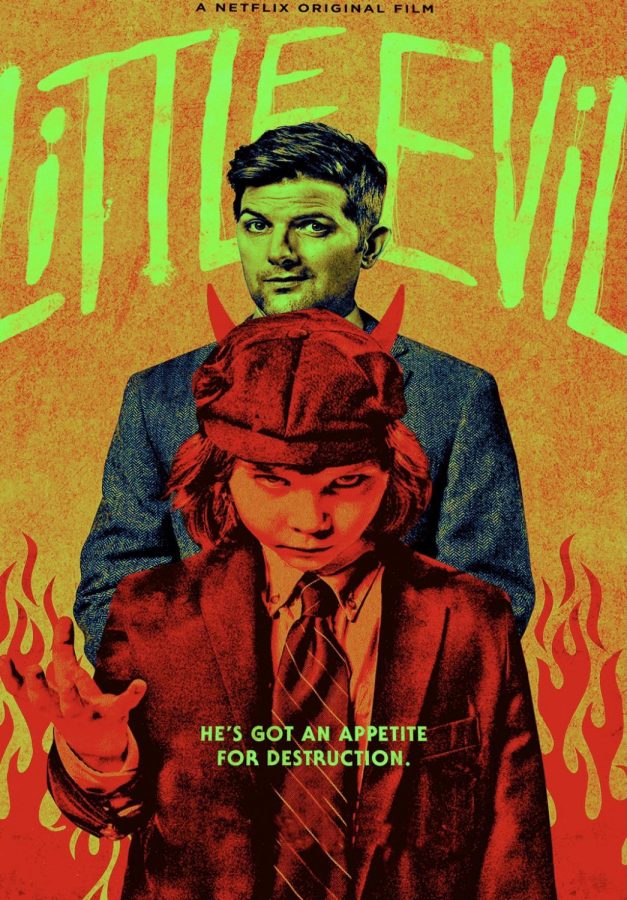 The fire that this movie’s missing is, at least, included in this edition of its cover.

Netflix’s 2017 horror-comedy Little Evil, directed by Eli Craig, takes a surprising set of twists and turns.  It begins a comedy, actually becomes scary, and ends a bona-fide feel-good film.  The movie—centered around Gary Bloom (Adam Scott), a newly-wed to wife Samantha (Evangeline Lilly), suspecting his five year-old step-son Lucas (Owen Atlas) to be the Antichrist—checks off every box.  It might be hard to believe, then, that it’s an utter let-down.

Aside from some tone-deaf jokes about death—beginning with a teacher’s suicide in one of the opening scenes and ending with Gary attempting to drown Lucas with weights disguised as pool floaties—and some missed one-liners, certain scenes were truly funny.  I may not have laughed, but some smiles surely contorted my face.

For a genre with horror as its first word, I did frankly expect to be a little more afraid.  It took the film a full hour—after what seemed to me either complete whiffs or just a lack of effort—to produce a genuinely scary scene.

At least it hit.

Gary walking to the beat of creepy horror music through a pitch-black hallway in search of the demonic son he’s supposed to put to bed did seriously make me worry—albeit only for a split second—that falling asleep that night would no longer be quite so easy.

A split second later, my heart-rate had returned back to normal when a stuffed animal doll was made the object of a jump scare in the truest example of an anti-climax.

Still, I’ll give it to Craig; he did have me for a minute.

As Karen Han from The Verge puts it in her review, “genre parodies like this don’t work unless at least one of the characters is fully committed to the horror side of the horror/comedy ratio.”  I agree with this.  I disagree with the statement that “Atlas embodies every Damien-shaped fear filmgoers have ever had.”

Maybe it’s on me for considering the genre while viewing the movie, but I just couldn’t take the majority of his death stares seriously.

Fortunately, at least, the film concludes with a cheerful epilogue.  Unfortunately, the positives come too late in the film to disclose any of the details without spoiling the film in its entirety.

For people wanting a true comedy, this movie isn’t that.  I would recommend you watch Scary Movie 1-5 and A Haunted House 1 and 2 before starting this one (somehow, only Scary Movie 4 and A Haunted House 2 are on Netflix).  In the words of Chris Anderson in his review from Medium.com, Little Evil “isn’t the Wayans Brother’s Scary Movie franchise, where nothing matters because it’s all for laughs, this is an original story that is supposed to have real stakes.”

Yet I can’t find the stakes.

Even in a scene that’s scary for the sole reason that it builds fearful anticipation of an ensuing jump scare, Craig couldn’t take his job seriously enough to make the thing breaking the tension anything other than a stuffed animal.

Even in a scene that’s scary for the sole reason that it builds fearful anticipation of an ensuing jump scare, Craig couldn’t take his job seriously enough to make the thing breaking the tension anything other than a stuffed animal.”

For people craving a more traditional horror film, there are too many universally adored (or should I say dreaded?) films—from slashers like Friday the 13th to slow-burners like Rosemary’s Baby to paranormal horror like Paranormal Activity and The Conjuring—to get caught up watching this one.

The movie failed to make me laugh or scream enough to be labelled a valuable use of practically 90 minutes of my life.  In retrospect, I can see this film being the perfect showing in really only one setting: a family wishing to introduce their elementary school child to the horror genre without having to wake up in the middle of the night to tend to his or her nightmares.

I found myself wondering whether I should subtitle this review as a horror-comedy or comedy-horror.  It seemed to me like a montage of funny scenes and scary scenes put together into a film with a continuous but average-at-best plot. 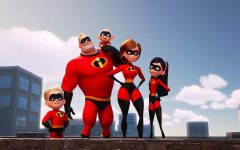 Incredibles 2 Was Exactly How The Title Describes it: Incredible 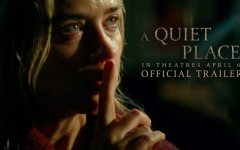 ‘Tis the Season to be Scared