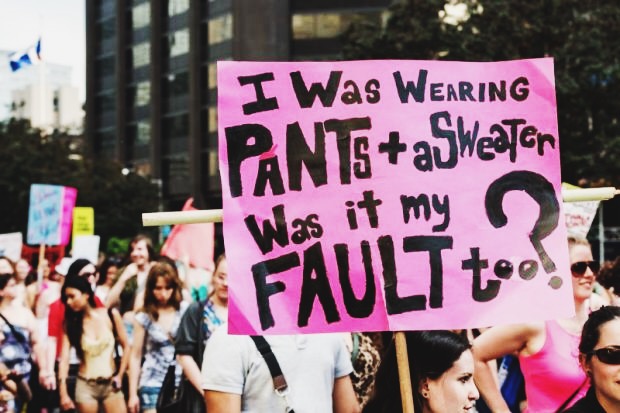 Processed with VSCO with 4 preset

Let’s talk About the New 97% Statistic

97% of girls and women have experienced some form of sexual harassment.

While many (specifically men) claim the statistic about the experiences of women to be false, UK studies can confirm that the statistic is credible and factual. Many women have refused to come forward, according to Ellissa Bain in her article “‘97 Percent’ TikTok Trend Explained: Female Sexual Harassment Statistic Goes Viral”. According to Bain, most of these girls, a part of this statistic believed it would not “change anything” because society has normalized it so much.

Our male-dominated society has normalized the discomfort of girls and women of all ages. You cannot walk down the street without worrying about being followed. You cannot be alone on a bus or train without a random man watching you. Yet still, we fail to see the problem. I have interviewed some DHS students what they think of the upsetting, yet not surprising, statistic. Juniors Rowan Hagey and Livie Punishill respond to some of my questions:

SC: Have you seen men already denounce this statistic false?

Punishill: Yes, I have more than once. I have seen people claiming that the sample size was too small, that the various forms of harassment should not actually count as harassment, for example catcalling, and I have seen men joke about “finishing the 3%.

Hagey: Yes, absolutely. I will not call anyone out but I have heard multiple people (all men) all talking about how the statistic is false or lied about–how if, it is true, then the girls are lying or exaggerating. Probably the worst part I’ve heard is the joke about trying to raise the percentage higher.

CS: How has this statistic exposed our society’s ignorance?

I raise up my voice–not so that I can shout, but so that those without a voice can be heard… We cannot ”

Hagey: Society’s ignorance has been exposed in a few ways. The fire is that this is allowed to happen. There is not enough punishment and accountability for those who harass and assault women. Another reason this has exposed society is the shock and refusal to believe this statistic. So many people–men–refuse to believe this is true, but if you actually ask a girl who trusts you, she will almost immediately be able to come out with multiple examples of harassment and even assault.

Me: What are your thoughts about it?

Punishill: I am not at all surprised by these numbers, although they are disheartening. In response to this statistic, I have seen multiple girls realize that their struggles were a valid part of that 97%, and the fact that many women didn’t even realize that the behavior of the men wasn’t okay says a lot about how normalized this behavior has become.

Hagey: I’m embarrassed to admit but I never could’ve guessed a number this high. An avid supporter of victims and survivors, I had no clue just how expansive this problem was. I think it needs to be talked about more openly without shame, even taught about in school.

I originally was not going to include my entire interviews with the two of my classmates that I interviewed but their insight needed to be shared. The necessity of change is transparent in the correlation of their responses–a trend of shock and disappointment in men. This statistic is both a blessing and curse because it allows our society a chance to change but it also means that this horrible statistic is a reality. We also see the perfect representation of why women need their own month, because of years of oppression and being inferior to our counterparts. So in honor of Women’s History Month and working towards educating our generation’s males instead of protecting the women, I wanted to share this simple yet transformative statistic as a chance for change.