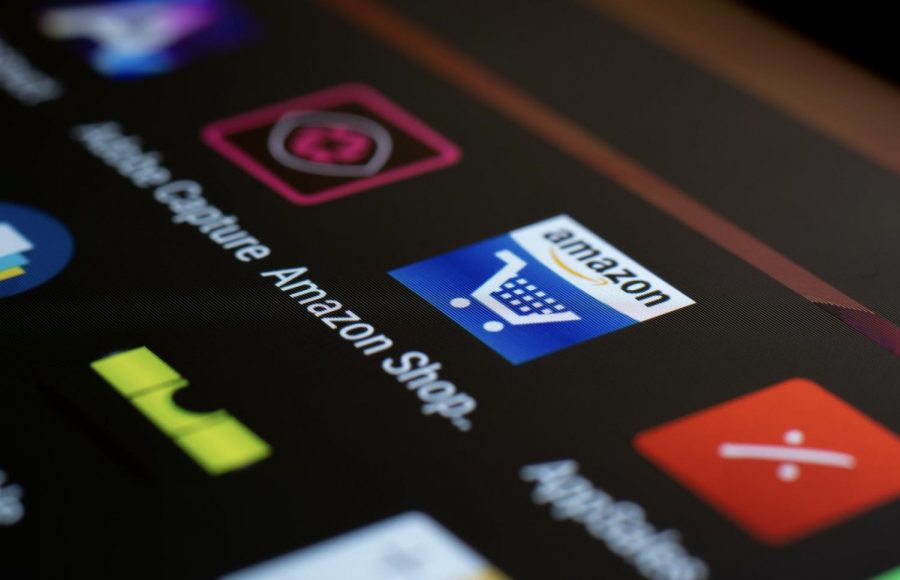 Amazon: Its Rise to Fame and How it Continues to Dominate

Amazon. It is a prominent company that stemmed from one man’s online book retailer and has grown to a 1 trillion dollar corporation. So how did this happen? Why does Amazon appeal to the greater majority of Americans? To better understand this prodigious business, it is important to understand the start of this company and the man behind this idea: Jeff Bezos, the richest person today.

It all started in 1994, CBS news says when Bezos noticed a huge spike in online use, especially the potential for e-commerce. At this time, he was working for DE Shaw, a hedge fund company and a majority of his peers didn’t see much potential in online markets. This all changed when he released Amazon to the public in 1995, appealing to original customers with the extensive variety of books that could not be found anywhere else at the time. From 1998 and on, Amazon expanded to sell DVDs and music and only grew from there, diving into health and beauty, household appliances, and trademark technology. From TheGuardian, Amazon continued to diversify from other competitors by opening up to third-party sellers in 2000. Third party sellers are independent entrepreneurs who can use Amazon as a platform to sell their products. This addition attracted new customers which only benefited the company. Amazon changed online shopping by implementing customer reviews, as well as price matching to guarantee you are getting the best price possible.

Bezos’ philosophy goes along with his success is his customer obsession. He strives to satisfy customers with the lowest prices and rapid shipping

In 2005, Bezos introduced Amazon Prime, a pivotal moment in his company. TomsGuide says the Service, which is unavailable to non-paying customers, creates loyal consumers that are more invested in the company. The most popular bonus is the free 2-day shipping, and in some cases, same-day shipping.

Amazon continues to please buyers with the average return rate being lower than 10%. Amazon’s ability to have consistently low prices makes it appealing to a wide range of customers, as well as boosts the market activity. Amazon is not only available for a select percentage of wealth, rather it can supply all over the country because of the selection and products that are inexpensive.

Darien High School Spanish teacher, Ms. Christina Donigian says “I think the selection is so much greater on Amazon.com than what we could find in stores and the fast and free shipping with a Prime membership helps save a trip to the store. For example, I recently ordered from Amazon, with low prices and free shipping, the order was worth it. But, my kids and I still do like to go to stores like Target where we can find some unexpected things.  This is the one downside to Amazon, you have to know what you’re looking for most times- you won’t stumble on hidden finds like you might at a store like Target.”

“ It is very convenient and has an easy interface to navigate” ”

Amazon has found success by purchasing companies that they noticed started to trend upward, taking advantage of this by buying them for low prices. In 2017, TheAtlantic wrote that Amazon bought Whole Foods Market, a popular grocery store that sells organic, and unique products, for $13 billion. It has connected its customer base, by promoting deals online and in stores, continuing to produce low prices. Along with Whole Foods, Amazon has invested in Audibles, Zappos, Goodreads, and more.

Amazon is not alone. One of their leading competitors is Walmart, open since 1962 and according to Gobankingrates, is worth $420 billion, it was mainly a brick and mortar empire until 2007 when it opened an online presence to compete with Amazon.  Walmart has been able to keep up with Amazon by opening over 11,500 stores in the U.S., making it accessible to every American.  Starting in 2010, the “ Retail Apocalypse” has closed down major brick and mortar empires that started way before Amazon; Toys R us for example, had over 800 locations in the U.S., and closed in 2018. There is no proof that Amazon is the cause of this, but it significantly stole revenue with buyers preferring the convenient online alternative to a physical store.

History teacher Mr. Dennis Cummings says, “On one hand I love how Amazon has made things more affordable and more convenient. I’m also not blind to the dangers of large companies and their ability to be anti-competitive or cause issues. To me though, until there seems to be clear laws being broken, I tend to believe that Amazon does more good than bad for the average American”.

“ I use amazon all the time to order random things that aren’t commonly in stores.” ”

Due to the recent circumstances, Amazon has seen an 87% increase in sales. Many struggling from unemployment and financial issues have villainized Bezos for not helping the people with his abundant wealth and only growing richer while the Americans suffer. Amazon is also causing problems because the supply and demand are not linking up. Over 20,000 factory workers have tested positive for the virus, slowing the production down, and questioning the safety prodigals for the staff.

Along with money, Bezos holds a lot of power CNN claims. He has a mass amount of necessary supplies on hand and has the choice of how he wants to distribute them.

Amazon has no signs of losing popularity or following according to FoolInvesting. In the coming years, Amazon can be estimated to reach a cap of 1.6 trillion dollars in the coming years. The question remains, how does an e-commerce website appear above the largest rainforest in the world on a google search?  Has Amazon been ingrained in our culture and was it designed to continue to dominate for decades to come? 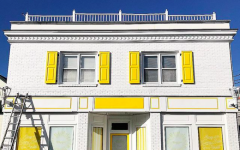 Kirby Girl is Coming Your Way