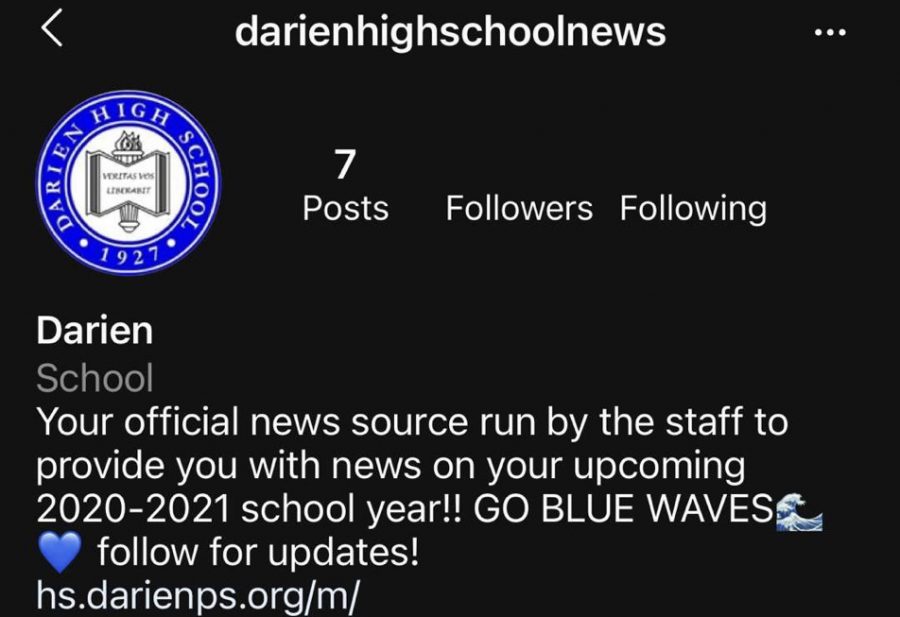 The account was created in August and rapidly gained followers by posing as an “official news source run by the staff.” It posted relevant news, reminders about school events, and even a giveaway challenge throughout the first months of school.

The owner of the account then posted multiple Instagram stories reading “Darien High School DOES support President Trump” and “We DO stand with blue lives,” claiming to be speaking from the perspective of the entire administration and student body. The post also stated that school “profits” are used to support the Darien Police Department.

Once posted, dozens of DHS students reacted to the posts through direct messages, writing that the account had no place to be speaking for DHS as a whole. On November 2nd, in fact, the Biden/Harris ticket won the DHS mock election run by the Model Congress Club with 68.4% of the vote.

One student messaged the account, saying that they had the right to their own political views but could not justifiably speak for the whole school. The account responded firmly: “I speak for our administration.” However, it is likely that the account is run by someone outside of the DHS school community, given that the account’s bio contained a significant typo: “Go Blue Waves (sic.)” and mentioned other inaccuracies.

The owner of the account then took to the offensive. They attacked almost every student who challenged their recent postings. Senior Iyanna Green, President of the DHS Black Student Union, responded to the post, to which the account owner replied: “We do not support our black students at Darien.”

“I am a minority in the school so I am used to sticking out,” Green said, “but to be targeted in an account that is posing as our school is disrespectful and hurtful.”

Green was not the only student who received hateful, racist messages. Many other members of the BSU responded to the account’s postings, upset by the implications of the controversial political content. In several other direct messages between black students and the account, the owner sent vulgar racial slurs.

On Tuesday, Principal Ellen Dunn sent an email to all students, staff, and parents in response to the account. She assured the DHS community that the account was in no way affiliated with the school administration or other staff. Principal Dunn added that the account had been reported to the Darien Police Department, who would undertake an investigation.

“The hurt caused by these posts will only heal when our entire community rejects them and sends a clear message that this will not be tolerated in our school or our Darien community,” Principal Dunn said, “We will not tolerate hatred that threatens your sense of security and safety within our learning environment.”

On Thursday, the account was temporarily re-activated and posted another story that read: “Darien High School supports the action of Derek Chauvin,” the police officer responsible for the death of George Floyd in Minneapolis, Minnesota in May. It is unknown how the account owner was able to access the account. The account was again removed from Instagram. 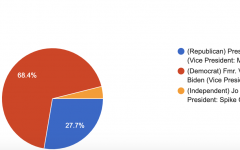