In Defense of the Wii U

Despite the well known failure of the Wii U, it just might not be all that bad.

The Wii U was a giant flop, and it was a flop that was sandwiched between two of Nintendo’s most successful

consoles of all time: the Wii and the Switch. Despite not selling well, seeing almost no third party development, and being typically viewed quite poorly by most gamers, I think that the Wii U, particularly in retrospect, is an excellent console and is definitely worth owning if you are a fan of Nintendo games.

The first and most obvious reason to own a Wii U is right in the name; it is a Wii, and can natively play the Wii’s huge library of games and work with all of the Wii’s peripherals. In fact, I would argue it is the best version of the Wii U. Sure, the launch Wii could play GameCube discs, but the Wii U has native HDMI, is newer, can play Wii U games, is more reliable, and is not much more expensive on the used market. Plus ,with a little bit of hacking, the Wii U

can also play GameCube games (even if it still can’t read the mini discs).

The next reason to own a Wii U is one that I alluded to earlier: it is easily hackable. The Haxchi exploit works on the newest firmware version and requires little skill to execute. This exploit allows you to load a wide range of emulators and other tools, as well as to unlock the ability to natively run GameCube games. Once hacked, the Wii U effectively becomes three generations of Nintendo consoles natively without the use of emulation. With emulation, you can play games from basically every Nintendo console ever released with all the usual drawbacks that come with emulation: a slight amount of input lag, and minor graphical and

The third reason to own a Wii U is because the Wii U actually had some good games released for it. I know that many third party developers felt that the system was underpowered and too hard to develop for, given the small user base, and I am well aware that many of the Nintendo titles that were created for the Wii U have since been re-released for the Switch. However, playing them on the Wii U can still be fun, and particularly if you are someone like me, who was torn between getting a Switch and the cheaper, more portable, higher DPI which is better built but unable to connect to a TV Switch Lite, being able to play TV games on a Wii U might push you, like it did for me towards a Switch Lite. The Wii U lacks some major Switch titles like Super Mario Odyssey or Smash Ultimate, but it still has a respectable library, with a few exclusives (such as Pikmin 3) that can provide

So why did the Wii U flop then? Well, as mentioned, many third party developers felt that the system was underpowered and too hard to develop for.  This caused some of them, like Ubisoft, to cancel planned ports to the console and other developers never released games in the first place. The main ‘underpowered’ part of the Wii U was the “Espresso” CPU, which was based on the “Broadway” CPU in the Wii, which was based on the “Gekko” CPU in the GameCube, a console that came out in 2001. However, this weakness was also the Wii U’s strength because it only is using this dated Power PC 750 CPU architecture (which is the same architecture used in Apple’s G3 line of Mac’s from the late 1990s-early 2000s). This CPU is what enabled the Wii U to have perfect backwards compatibility with the Wii and GameCube and it was built with way more cores than was feasible back then. They are way more power efficient now that they are being built on a modern 45nm process instead of 260nm one like the original PowerPC 750 CPUs.  Plus, Nintendo’s first party titles showed that if a game studio was willing to invest the time and money, they could get some impressive results from the hardware. 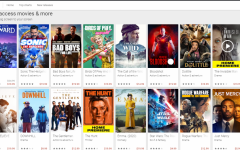 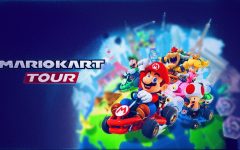