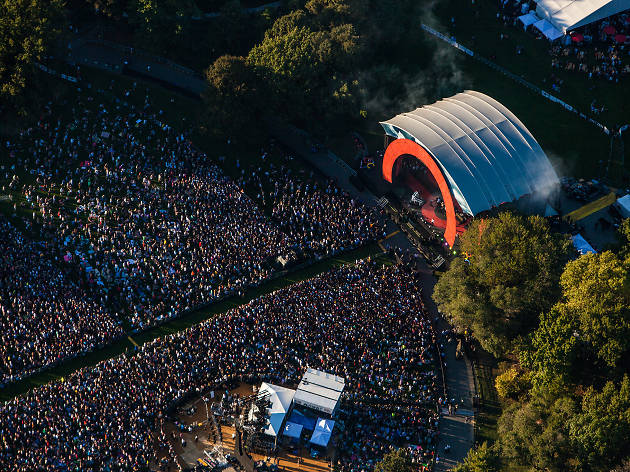 A reflection of the 2018 horrors of the Global Citizens Concert, gun violence in the U.S., and how to move forward.

September 29th, 2019 marked  a year since the last Global Citizen’s festival (a popular charity music festival held in the heart of the Great Lawn in Central Park each September). Yet, before this year’s festival can commence, I feel it is important to revisit the largely ignored events of last year’s.

Gun violence isn’t something that’s always easy for a person to process or understand. When you see a number on a paper, it’s easy to feel disconnected from it. You feel the natural amount of sorrow, and rage that comes with the knowledge of the frankly large number of people that have been shot, and the number of mass shootings there are every day. However, you don’t really internalize this. You don’t know what it feels like to be in that situation, to feel that fear, to run for your life. People at the 2018 Global Citizen’s concert got a taste of what that felt like. 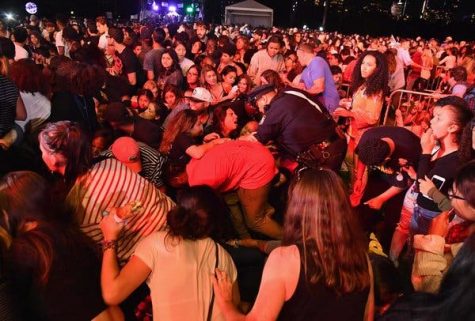 People fleeing from the Global Citizens Festival in hopes of making it out alive. Credit: New York Times

I remember what it felt like. I remember how Cardi B had just stepped offstage after performing. I had been standing at the front of a barricade with my two friends. We were laughing as we pulled each other slightly back into the crowd and asked a stranger to take a photo of us. The stranger took a quick photo and something in his face blurred as he slammed the phone down and handed it to my friend. He started running and screaming. Everyone started running and screaming. “There’s a shooter,” I heard person after person cry. I saw people scramble up trees, and people hide in porta-potties. I heard frantic praying, screaming, and crying. I saw people fall on the floor and get trampled. Everyone was running, a full-blown stampede. Everyone, from little kids who’d been dragged by their parents to see beloved singers like Janet Jackson, to fully-grown men, cried, screamed, prayed, and begged, begged to make it out alive. We were all running. We weren’t people anymore, we were animals, and you would do whatever you could to make it out. It was “my life or theirs.” I got pushed hard, repeatedly, objects lined the ground, and in heeled boots, I tried to run for my life. I almost fell, and I wondered for a second, what it would be like if I died right there. I was 15. What if my life ended at 15? Terrified doesn’t begin to describe what I felt. I, like everyone around me, truly believed I was going to die. Trampled to death or shot; take your pick. When my friends and I made it out of the park, we didn’t stop running. We didn’t stop until we were blocks and blocks away, at some small Starbucks, tucked in a corner of some random street, with people who couldn’t begin to comprehend why we were heaved over, breathing deeply, why we seemed so scared.

That night we spent hours waiting for the news to tell our story, to express the fear and the pain that we had felt, the reason why we still sat on the edge of our chairs, huddled together, scared. We waited and we waited, but nothing seemed to express what had really happened, at least of our version of what had happened. When news came out, I heard major news outlets like the New York Times claiming the “shooting” had been merely water bottles popping. The police apparently initially claimed that a barrier had fallen, rescinding the story the next day in favor of a claim that a fight between two people near the stage had occurred, and concert-goers had apparently stepped on empty water bottles, causing a loud popping sound. I, myself had stepped on a number of empty water bottles, and no sound had been audible do to the immense noise from a crowd of thousands, as well as incredibly loud artists. Yet, it, in the end, it’s not my place to speculate about what may or may not have happened. All I know, though, is that look of fear on others faces, and that feeling of running for your life, and I wonder how could that ever be caused by a water bottle. 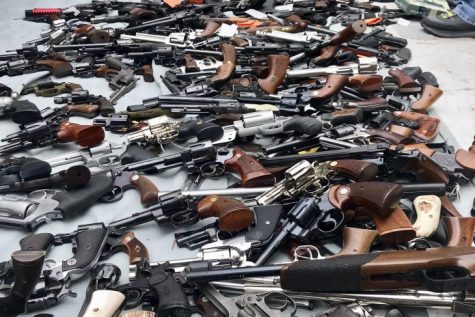 Guns available to Americans over 18 on a daily basis. Credit: GVA

It is no secret that America has a problem with guns. In fact, the number of mass shootings across the U.S. in 2019 has actually managed to outpace the number of days this year, according to a leading gun violence research group. 2019 is indeed the first year since 2016 with an average of more than one mass shooting a day. As of September first, the 244th day of the year, there has been a total of 283 mass shootings, according to data from the nonprofit Gun Violence Archive (GVA), which tracks every mass shooting to occur within this nation. When the GVA reports the number of mass shootings, they aren’t reporting every time a gun was pulled and a life was lost. Each and every mass shooting the GVA defines, outlines at least four people being directly shot, excluding the shooter themselves. If you do the math, that means that by September first, at least 1,132 people were shot within this country.

We live in a country where gun violence has become so popular, so common, that it’s no longer a big leap to assume or worry that a shooter is among you in a big crowd. I remember thinking how the concert had largely been professing liberal views, and wondering if maybe an extreme rightist decided to “teach a lesson,” and clearly I wasn’t alone in this thought process. 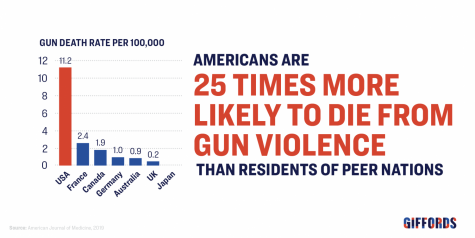 I know that for many people, it may be easier to block out gun violence, to restrict gun casualties to merely a number on a page, but it’s time we acknowledge the issue head-on, and attempt to push for solutions. With many seniors turning 18, many will be able to have more of a legal push and influence in society, and for all, reading an article or two, and pushing even on a small scale (by simply acknowledging there is an issue) resistance to America’s current condition, can begin to pave a pathway for a potentially better future. Don’t we all want a future where a simple music festival doesn’t have to turn into a run for your life?