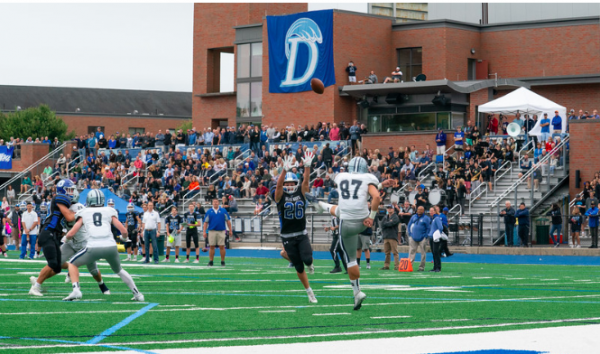 The "big game" is always the big draw of Homecoming Week, but Community Council wants students to enjoy the week, not just the game.

Will the "Big Game" soon become an afterthought?

Every year, Darien High School homecoming week can be described in two simple phrases: spirit day and football—a combination cherished by the student body for their entire high school career. The week leading up to the Saturday morning game has remained unchanged for many years; however, this fall, the DHS Community Council hopes to introduce a nationwide tradition that has been lacking in Darien’s pre-game festivities: the homecoming dance.

A tradition widely accepted at surrounding schools, and even one that used to constitute part of our culture, the idea of the homecoming dance has laid dormant in the minds of DHS students for many years. Yet, this year, at 7:00 p.m. on October 16th, the night before the game, students of all grades will have the opportunity to dress up and go to the main gym for food, music, and dancing.

Years ago, DHS used to host a widely attended homecoming dance the weekend of the football game. In fact, in years as recent as 2000, a homecoming dance drew a well-dressed majority of the school population to the courtyard.

This year’s dance would be replacing a myriad of events put in place throughout the years to try and keep this communal event alive.  In recent years, this has appeared in the form of a school-wide bonfire, and, new last year, a casual night filled with music and food trucks, which included reviving the election of a homecoming “king and queen.”

Community Council Secretary and DHS junior Lucy Cullen describes the vision of the event as “semi-formal,” and a night with the intention of generating excitement and school spirit. Attendees will not be expected to dress nearly as formally as prom in the spring. 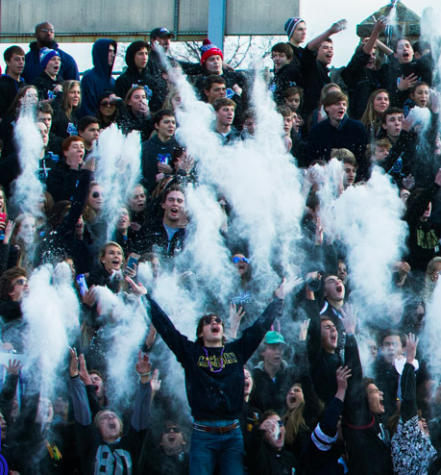 A packed DHS Student Section fills the air with flour during the National Anthem—one of the school’s most time-honored sports traditions.  Credit: DAF

Community Council has recently been discussing the true meanings of “Blue Wave Pride” in school “outside of the common trait of competitiveness,” Cullen said. The club aims to demonstrate what it means to be a “part of the DHS community,” and by intermingling all grades it hopes to allow the event to welcome the freshman class.

The question remains, however, will this new tradition take hold in the DHS community? Or will it be rejected in favor of the game remaining the highlight of the weekend?

Junior Eliza Spain weighs in saying she believes a homecoming dance could be a “great idea,” provided attendance is high enough, as the event is popular among neighboring towns. She also fears a homecoming dance would take several years to arrive to the level of “popularity” of the junior-senior prom: the night boasting the highest attendance rate of any school-sponsored event.

Spain claims it may be difficult in this “sports-oriented” community to design an event to compete with the excitement surrounding Saturday’s festivities. After starting the season strong with a 48-0 blowout against Fairfield Ludlowe, thousands will flood to the DHS stadium to watch the team take on Trinity Catholic at 1:30 pm Saturday following the dance.

Sophomore Giselle Winegar states that the fairly “casual” nature of the dance may combat the feared attendance issue and appeal to the younger grades—making the idea of a school-wide event less intimidating for younger students.

Similarly to past years, fall sports teams will be strongly encouraged to attend the dance, which will feature a DJ, dancing, and food trucks available to all attendees. Community Council President Kai Zhou hopes students will join them in celebrating another year of “Blue Wave Pride” and the kickoff of another DHS football season. 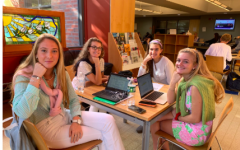 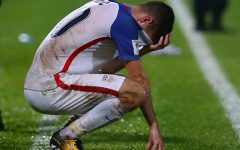 The Problems Lie Deep: The State of US Soccer