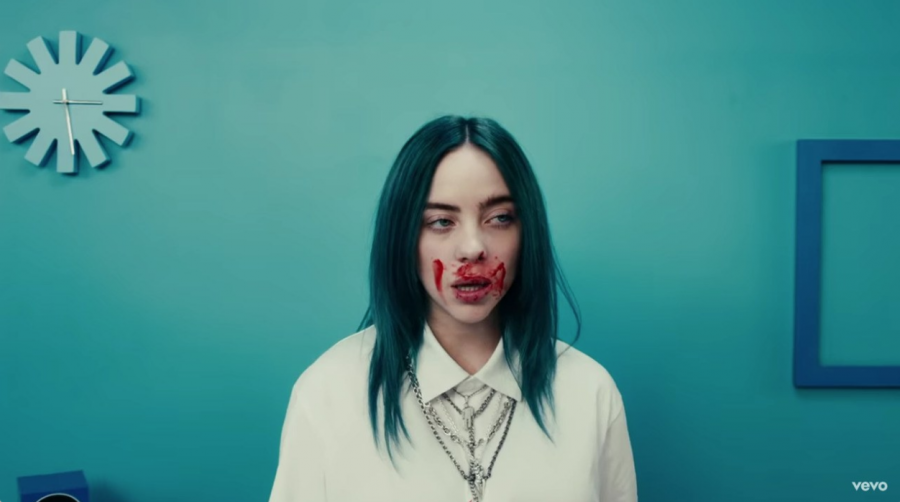 The radio has always been a pretty solid measure of the state of music at a certain period of time. The hit songs that play on repeat are typically the songs that are at the top of charts and what the general public is listening to. Yet, beneath the catchy melodies of the hit songs lies an artist changing the face of pop with her “neo-goth” aesthetic and her twisted “sad pop” creations.

Billie Eilish is seventeen. She’s the first person born in the two-thousands to rank No. 1 on the Billboard Hot 100, according to The New Yorker.”

Billie Eilish is seventeen. She’s the first person born in the two-thousands to rank No. 1 on the Billboard Hot 100, according to The New Yorker. She’s the sixth most-streamed artist in the world. Yet, her songs are rarely heard on the radio, as her songs rarely fit the mold of the generic pop song. Eilish has introduced a new wave of pop: one much darker, sadder, and grungier. In her newest EP “When We All Fall Asleep, Where Do We Go?”, Eilish creates a variety of songs, that each encapsulate teen angst, death, and love in their own way.

Her new album begins with “!!!!!!!”, a fourteen-second excerpt of Eilish laughing and joking with her brother and co-producer Finneas. Then, the track “bad guy” begins with an overpowering bass and an addictive, intense beat. Many of her songs have this signature intense beat that contrasts with her soft voice. “COPYCAT”, one of her songs from “dont smile at me”, her 2017 album has hardcore, bass beat, which she compliments with her hushed tone. In “bad guy”, Eilish sings in her intense hushed tone “White shirt now red, my bloody nose / Sleeping, you’re on your tippy toes / Creeping around like no one knows / Think you’re so criminal”. With her dark lyrics, Eilish creates a new genre of music that blurs the line between goth, pop, and indie music.

Eilish is also known for her “sad pop” songs, like “ocean eyes”, which she released on SoundCloud when she released when she was fourteen. In her newest album, Eilish creates new dreamy songs like “xanny”, “when the party’s over” and “i love you” that contrast with the other songs of her album. In “i love you”, Eilish provides a raw and emotional confessional, “Say you were tryna make me laugh / And nothing has to change today /You didn’t mean to say “I love you” / I love you and I don’t want to”.

Through “When We All Fall Asleep, Where Do We Go?”, we can see Eilish’s growth as an artist and as a performer and signifies that Eilish is not a phase: she is here to stay.

Eilish is real. Her songs are relevant and they feel exactly how they should: youthful, dark, experimental.”

Eilish’s rise to fame was a fast one. Playing at Coachella Music Festival in California this year, the seventeen-year-old has changed the pop music industry. Her songs, while produced in high quality, keep the SoundCloud casual, underground vibe that often draws listeners in. Eilish is real. Her songs are relevant and they feel exactly how they should: youthful, dark, experimental. Eilish doesn’t have herself all figured out: her songs mix genres and challenge norms. That’s why her music appeals most specifically to teenage girls and young adults. As a teenage girl, I can appreciate the realness of her voice and the way she isn’t trying to make music that’s meant to be a hit played on the radio constantly. Her music is personal and feels almost controversial in the way that it deals with topics that many artists at her level of fame may be inclined to shy away from. 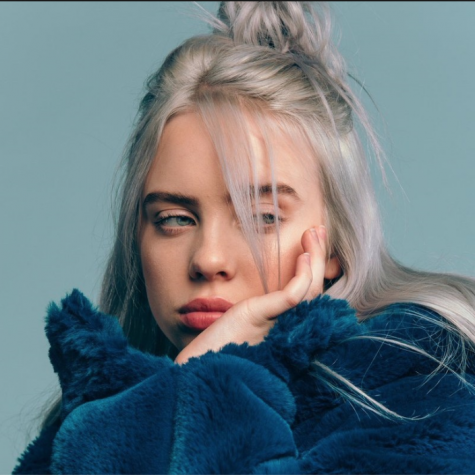 Eilish is something different; a breath of fresh air in the music industry. Her future is bright, which is clear from her cult-like following and her shows consistently selling out. With her clothing line “BLOHSH” and critical acclaim for her newest EP, Eilish will only grow from here on out as the new face of pop. 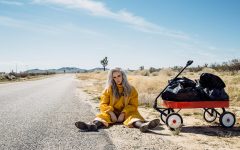