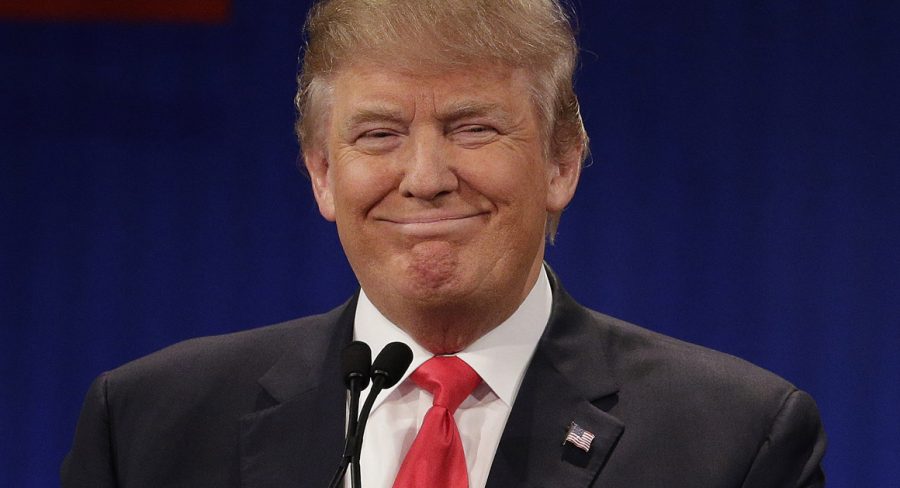 Tired of Winning Yet?

So, 45–you either think he’s the greatest president in history, or you think he’s the worst thing to happen to this country since the Civil War. I, for one, supported him in 2016.  Put it this way, though: I wasn’t wearing a MAGA hat and shouting “Drain the Swamp!  Benghazi!” to anyone who would listen–I didn’t think he was that great then, but I had to make a decision: was he better than Hillary? I thought he was, and when I saw the news of his victory, I was relieved but I hoped fervently that he would live up to what he promised on the campaign trail.

We’re well over a year into his presidency, and opinions are more divided than ever. His supporters point to the presently great economy and low unemployment. His haters point to his departure from the Paris Climate Accord, his failure to accomplish anything after that fateful meeting with Kim Jong Un, the endless controversy on potential ties to the Russian government, and so on. So is Trump making America great? Is the wall he promised being built? Is Hillary locked up? Is America tired of winning yet?

I should explain that I am primarily a Democrat, but I support Republicans now and then. I firmly believe that Ronald Reagan was the best president we’ve had in 50 years, and that George H.W. Bush was not far behind him. But, after supporting Trump in the primaries, I now feel that he is one of the worst–if not the worst–presidents the country has ever had.

If you go to DHS, chances are that you’re a Republican–Fairfield County is majority-conservative. So what do the Republicans here think of the man in charge? Have they turned his back on him or still support his term?

Trump’s presidency has been positive for the economy at the cost of environmental safeguards, but some of his policies are outlandish and the resources required for those policies could be used to strengthen other projects”

The latter seems more accurate. Junior Jack Brown, a student who can often be seen wearing t-shirts bearing colonial America-era images, is somewhat ambiguous in his feelings about our current Commander-in-Chief, but he offers this sentiment: “I love America and support anyone who makes us safer and more prosperous.” While his feelings are more or less neutral, it is hard to conclude that he is against the president.

Fellow junior Kyle Kutz is an ardent Trump supporter, and has even dressed up as our President for numerous school spirit days. “I feel that Trump has greatly impacted our political system.  Throughout his first term, he has exposed many issues with our government. Although I do not condone many of the things he says, I believe that as both a businessman and as an outgoing person, he will better our country in the long run. In my opinion, most of the impacts he makes in our country will surface after his time in office,” Kutz said. Whether you love Trump or want him impeached immediately, you cannot deny his fiery, passionate nature when it comes to attacking current issues.

Of course, many Trump supporters point to our nation’s excellent economy these days. However, this current peak was mainly caused by Trump forcing countries to buy our exports–and in several months, our economy will likely descend due to a lack of interest from countries we once traded prosperously with. Sophomore Jack Piersol knows this well: “I think that Trump’s presidency has been positive for the economy at the cost of environmental safeguards, but some of his policies are outlandish and the resources required for those policies could be used to strengthen other projects.” Despite his mixed review of Trump, he speaks for many Republicans when giving his opinion of his one-time opponent. “I think Hillary is a sore loser and wants to promote the attacking of the Republican Party as well as non left-extremists to the severe detriment of the country at large,” Piersol said.

Freshman Tam-Hao Nguyen, meanwhile, is one of the definitively anti-Trump students at DHS. “I don’t think he’s doing a great job because he’s causing tension between countries that we don’t want to have tension with, like North Korea and Japan. Plus, there’s the thing about immigrants and DACA and how he shut it down and it’s really awful if you’ve read some of the stories because they’re literally children. Also how he nominated Brett Kavanaugh, [that] entire thing was awful and now Kavanaugh has been sworn in and Trump apologized for Kavanaugh being accused,” Nguyen said.

Two years into his term, constituents are confused by his rhetoric and want to know where he really stands on certain issues. Media poses further questions: should Trump be impeached? Should he lead this country until 2024? Whether you’re pro-Trump or not, our nation’s political situation seems all a bit surreal these days, a point perhaps best summed up by Nguyen: “I honestly could not believe he became president because I thought it was a joke, but here we are two years later.”