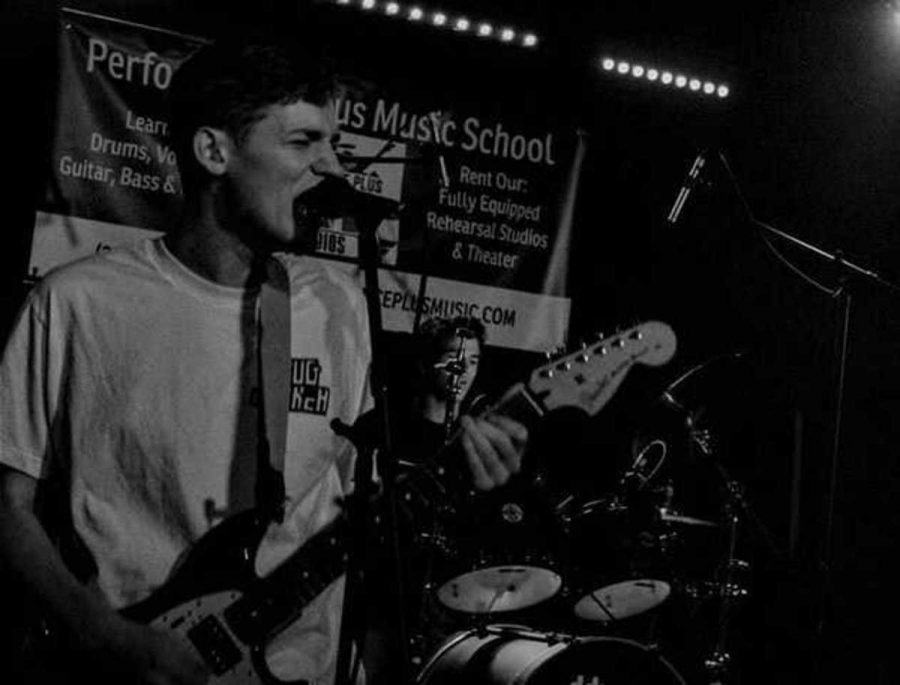 Music has always been symbolic of teenage angst and rebellion–whether it was dancing to Chuck Berry or getting high while listening to Pink Floyd, teens have always had an appreciation for some kind of audial release.  Here at DHS, there is a thriving underground music scene which takes many forms. Of course, it is unsurprising that many musicians take to the rap genre—as the majority of students here find at least one of rap’s subgenres an intoxicating escape from daily life.

Perhaps more notoriously than any amateur rapper, senior Grady Allen and his bandmate, senior Sam Walter, walk through the school while cultivating a huge image for their punk group, Anxious. “I had and continue to have a lot of emotions that I believe have power and it’s cool to release that through this forum. I also sought the opportunity to prove something: that three young kids could do what a lot of people think is only capable when you’re older and ‘more serious,’” he explains. Walter has similar views: “…to share [music] with my best friends is an opportunity I would never turn down.” Though drummer Dante Melucci does not attend DHS like Grady and Sam, I felt compelled to get his feelings on the matter: “I can’t say that much for DHS since I don’t attend school there, but for the first year of Anxious, friends and just kids interested in Anxious definitely made an impact on giving us the early support we needed to be more confident in pursuing our goals.” With such a well-rounded trio making up the group, it is little wonder that Anxious is among the first acts people think of when considering the musical output of our school.

“I had and continue to have a lot of emotions that I believe have power and it’s cool to release that through this forum.”

As previously mentioned, several rappers populate Darien High, one being junior Sage Gillespie, who makes music under the name Sumo. “…it’s what I grew up with. It’s the type of music where you can tell a story in a song that gets people’s attention,” he confesses. “I don’t think DHS is the best place to exhibit my music but I am grateful for the positive response. I just want to make stuff I like for people who like the same material, and hopefully I make new friends from doing it.” Ever the rising artist, he encourages all reading this to check out his new set of songs, “Terrified, Shell of a Man,” which came out September 28th on SoundCloud.

As the director of the Music Department at the school, Mr. Sadlon is well aware of the various musical outlets amateur student musicians are pursuing at DHS–and, like the students who are pursuing said musical outlets, he sees it as something that is greatly beneficial. “In addition to just being a lot of fun creating your own music, promoting your music is a lot like having your own business. You have to plan, create, refine, promote and sell the product on all forms of media, present the music, and then honestly reflect on the process to inform your future directions to keep improving your product. Performing music with your friends is a rewarding, uplifting experience like no other,” he says. Perhaps with that statement alone, Mr. Sadlon perfectly encompasses why all musicians–DHS-based and otherwise–strive to create what they create: a unique message that defies everything else.