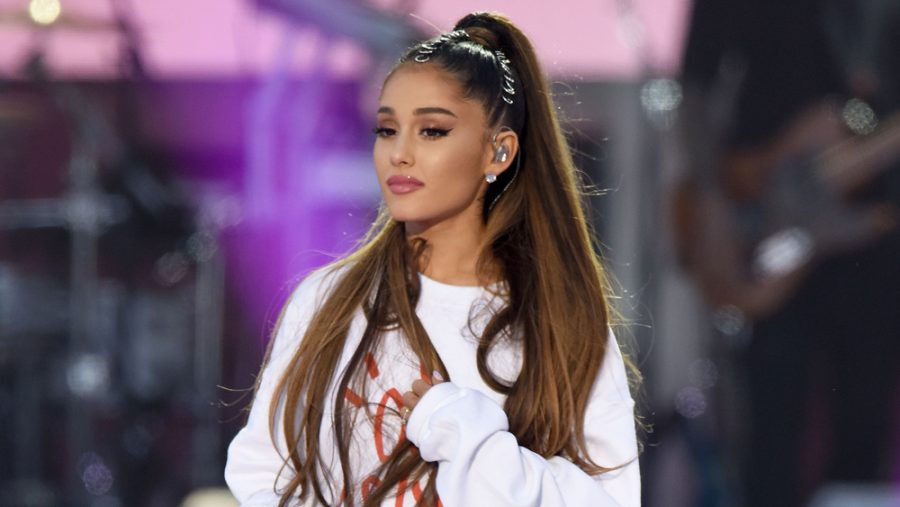 “Grande” News: Heading Back To Broadway

For years, the story of the wizard of Oz has been told to thousands of little kids worldwide. The idea of a yellow brick road and flying monkeys are the only thoughts on children’s minds as they watch the beloved film for the very first time. We only ever celebrate the good in the movie, what about the bad? Gregory Macguire’s novel, “Wicked: The Life and Times of the Wicked Witch of the West” addresses the rift between good witches and bad. Lyricist Stephen Schwartz had the same idea when watching the movie: he wondered about how the wicked witch became evil, and how Glinda stayed nice. When Schwartz and Macguire’s questions and ideas collided, the Broadway play “Wicked” was created.

“Wicked” is the third top-grossing Broadway play, having made almost two hundred million dollars in the last two years alone. Based off the lives of the witches before the time of Dorothy, the story follows Glinda, the good witch, and her sister, the Wicked Witch of the North. The story tells the audience how Elphaba, the wicked witch, became the Wicked Witch of the North. Schwartz wrote some great songs for this Broadway show, including the Tony-nominated song “Defying Gravity”. The play has made almost an estimated four billion dollars since its debut in 2003.

Unfortunately, Broadway is not a full time job for many actors and actresses. Their contract usually goes for three months and their onto their next job. Many famous Broadway actresses have taken on the coveted role of Elphaba in the play wicked. Now that the current actresses playing the role has her contract ending, the search for a new Elphaba is on its way. The search has stopped though because a world renown superstar has decided to make a Broadway comeback to play her dream role on the Broadway stage.

So – we have an epic play that has been running on Broadway for over a decade. Now all it needs is a fresh new star.

Enter: Ariana Grande is one of the most well-known singers in the world. With hits such as “Dangerous Women” and “Side to Side,” Ariana Grande has made herself a name in the music industry. Unfortunately, not many realize that Ariana Grande’s career started in a Broadway play. At the age of 13 she got a lead role in the play “13”.

From there she auditioned to play the famous role as Cat Valentine on Nickelodeon’s “Victorious” and its spin-off “Sam and Cat.” During the show “Victorious”, Grande had many singing snippets that got the attention from many producers. After her tv shows ended, Grande was signed as a recording artist and her singing career exploded.

The pop sensation has a bucket list: during one of her many interviews, Ariana Grande was quoted saying, “if I had to go back to Broadway, I would want to play Elphaba in Wicked”.

Her comment allowed her the opportunity to do so.

According to a recent article in “Sun Magazine”, “Ariana Grande is set to play Elphaba in Wicked for three months before she heads on tour for her upcoming album.”

The younger audience has drove the idea of Grande playing Elphaba in “Wicked” to a definite positive. Unfortunately, many of Ariana Grande’s fans believe that she may not be able to play the role very well.

Sophomore Kennison Harmon said that “Ariana Grande is an incredible singer, but all the roles she has played have been that serious. I just don’t think she can pull off the role as Elphaba, because Elphaba is a serious character. Ariana Grande may not have the acting skills to do so.”

Can Ariana Grande pull off one of Broadway’s most loved characters? We will find out when she starts performing the role.