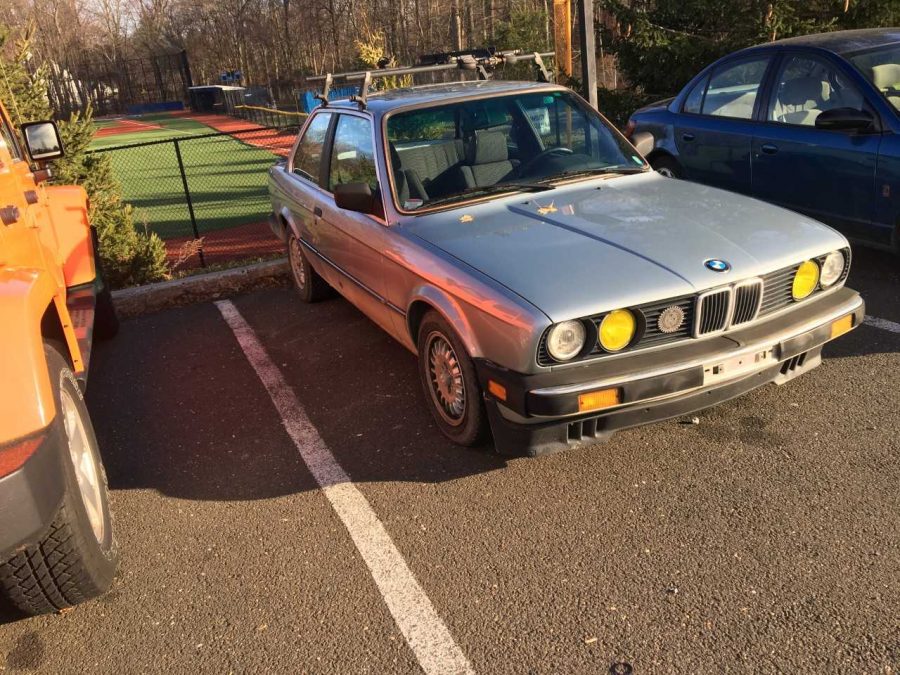 The Lost Stigma of the First Car

Today, when you arrive at Darien High, you are bound to look over a sea of Jeep Wranglers; four door, and two door, in the parking lot.  There’s a reason these things are so popular with the teenage Darien masses: they’re cool and retro looking, they have the all wheel drive for skiing trips and Nantucket cruising, and they’re often colorful and stylish, much like a t-shirt.  More than three dozen Wranglers are owned by DHS seniors (circa Neirad count, last school year).  Those that have them are very proud of them, and these days it’s hard to find someone passionate about their vehicle who doesn’t pilot a big, rugged, Jeep.

However, Maguire Shea, a senior, proudly drives a mid-1980s BMW 3 series, which is perhaps the oldest car in the DHS lot.  He fixes his car often, as well, and takes it to several meets in the area. “I am always tweaking or repairing little things on the car, there are some weeks where I will spend more time underneath the car instead of driving it,” he says.  Most of his friends struggle to fully grasp how much he’s attached to his Bavarian coupe. “Sometimes my friends will come by when I am working on the car and watch or lend a hand.  While not everyone gets why I funnel so much time and money into the car, they still think it is a cool thing.”

There are a few other students with unorthodox vehicles, such as junior Grady Allen.  He, like the more typical DHS student, has a big, rugged Jeep, but a white 1991 Grand Wagoneer, rather than a Wrangler. “I use it to drive and chill with friends, and also load equipment for my band,” says Allen of the wood-paneled wagon, who plays guitar and sings in local punk act Anxious.  Like Shea, Allen’s friends are always taken aback by his ride. “My friends really like it and people who do not know me are always surprised by it,” he comments.  Though he is not a diehard car enthusiast to the extent of Shea, for him, having and maintaining the Wagoneer is a way of life.

The unique first car may be a dying status symbol, but to this day, you can count on at least two passionate DHS students to keep the tradition alive.