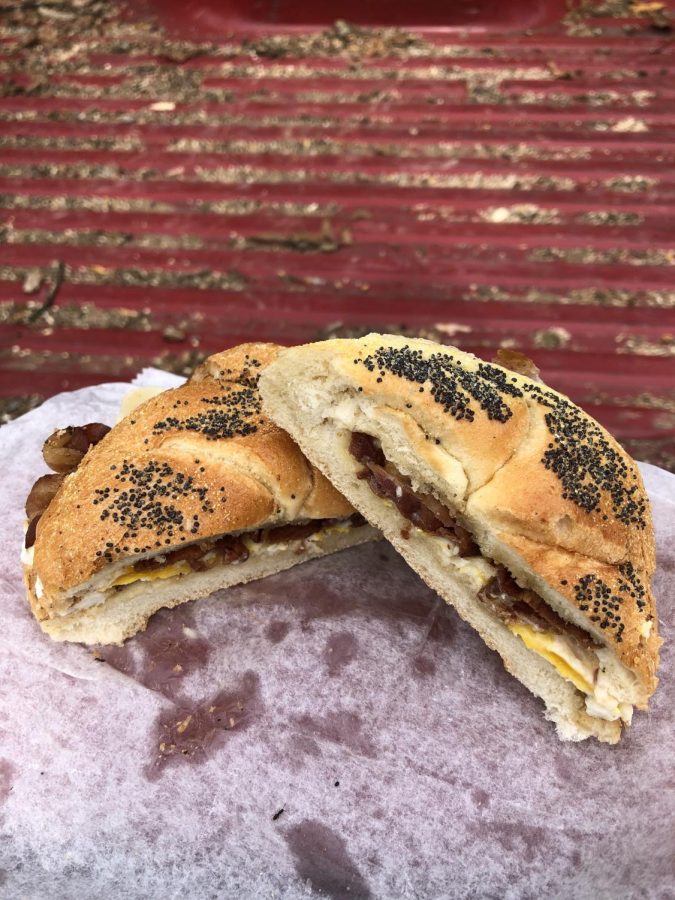 The Most Heated Discussion in the Town of Darien

Which kind of person are you?

Walking into a deli in the town of Darien on a Saturday morning at 10:30 is trying to maneuver through the Times Square during New Years Eve.  Good luck trying to find the back of the line at Vavala’s, or getting from the grill to the cash register at Mama Carmela’s.

Despite the chaos, you can find people of all ages flocking to the seemingly-smallest eating establishments in town; Mama Carmela’s Deli on the corner of Noroton Ave and the Post Road, and Vavala’s Deli on Heights Ave across from the Noroton

You may be fine eating both, but you for sure have a preference.”

But don’t let the short distance between the two fool you about the long lasting war between them.  You are either a Vavala’s person or a Mama’s.  You may be fine eating both, but you for sure have a preference.  And if you have lived in Darien long enough, you have definitely had this conversation many, many, many times. The conversation being, which one is better?

After choosing which deli, you then have to choose what to get.  For most that falls under two categories: chicken cutlet, and more importantly egg sandwiches (called breakfast sandwiches seemingly everywhere else besides the 203).

Only like Darien can, we have turned the simple combination of bacon/sausage, egg, and cheese on a round roll, into abstract art greater than Picasso.  These delis see their sandwiches pilled with a variety of meats like bacon, sausage, ham, steak, and the delicious chicken cutlet.  Other famous additions include ketchup, hot sauce, Russian dressing, hash browns OR home fries (and yes, there is a difference, a BIIIIIIG difference), and cones.  Less famous ones are onions, tomatoes, avocado, and lettuce. The

Loading ...
type of bread that you can get it on can include rolls, wedges(another 203 word for hoagie, hero, sub…or whatever you wanna call it), toast, english muffins, or burritos. If you don’t believe me, walk into Mamas the Saturday before school starts and see the Football, Soccer, and Swim teams order their food…chaos.  The sandwich called  “quintessential to New York life” has taken its own spin on the classic, just a short hour train ride away in Darien (Zagat).

So….which one is better?  That question isn’t as easy as it sounds as the two delis have very different styles.  Let’s break it down to bacon, fried egg, and american cheese on a round roll.  The simple and classic sandwich

Vavala’s is all. about. the. runny. egg.    If you aren’t a huge fan of oozing yellow yoke, stay away.  Despite this, there are ways around it.  DHS Junior Jackson Walsh likes their sandwiches with scrambled eggs instead of the traditional fried egg.  This keeps the yoke off your fingers, but still keeping the great taste of the sandwich.    The sandwich is topped with your favorite add-ons, and wrapped in its signature tinfoil wrapping, distinguishing the sandwich from the rest of the delis.

Mama’s is a very different story.  The grill is so hot that you can get your sandwich in two minutes, not giving the yoke the chance to not cook.  The sandwich might come out quick, but does not lack any flavor.  Some added bacon grease from the grill never killed anyone, and adds a kick to the sandwich.  The bacon on the sandwich is a little underdone, but still crunchy enough to satisfy your crunch-cravings; the perfect combo.  And don’t worry about the cheese, because it is perfectly melted onto the delicious fried egg.  I certainly have nothing to complain about for this sandwich.

But don’t take my word of advice, go and try it for yourself.  Go to your favorite deli, or go to your not favorite deli.  Go to both!  Especially because of COVID-19.  Business like these are suffering because of social-distancing precautions, selling less product than they would like to.   Without your support, this article might not be relevant today, or in a week, or in a month.  So go out try one deli, try both delis, try every deli in Darien.  Experiment with your sandwich at multiple places.  Just go out and try for yourself, don’t listen to me.  Your sandwich and your favorite deli is up to you, and eventually, you can have a stance in the most heated discussion in town.