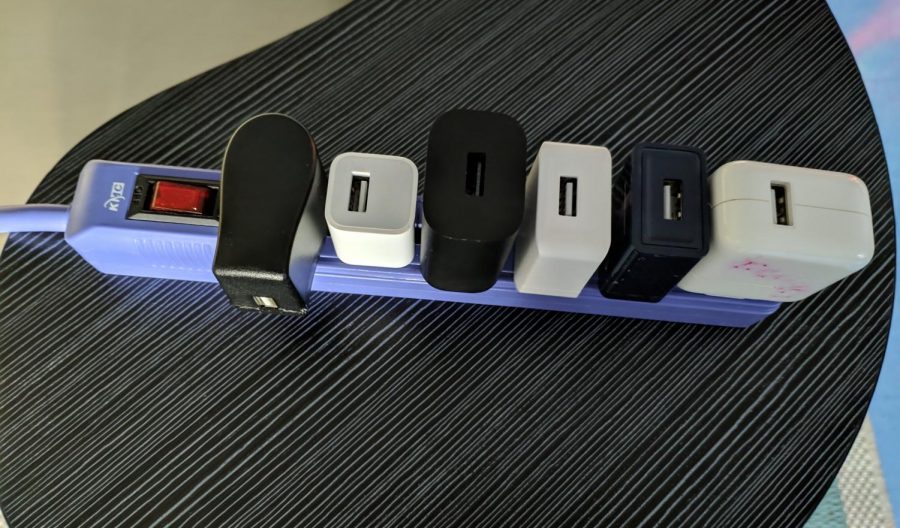 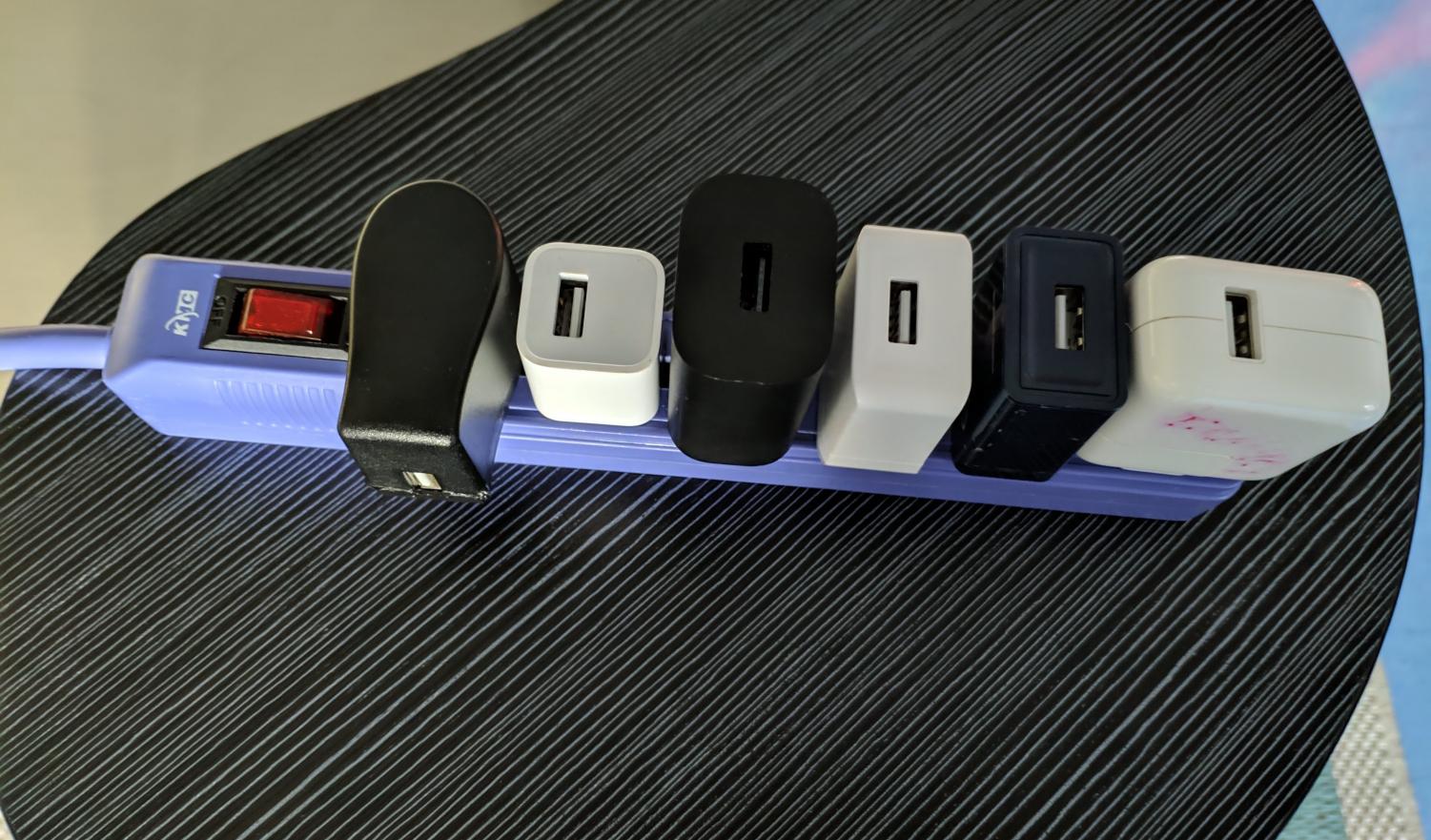 A little while ago Neirad ran an article titled ‘The Truth About Headphones’ by Sofia Bender. While this article brought up many legitimate concerns about the risks of hearing loss associated with long term headphone use, it also opened with a shocking fact: “16-year-old Mohd Aidi Azzhar Zahrin died after using his headphones while his phone was charging. An autopsy was performed, it resulted that Zahrin died from electrocution. Zahrin is one of four teens who have allegedly died from electrical shock caused by headphones.” However, I believe that stating that this death was “caused by headphones” demonstrates a misunderstanding of the way modern electronics work, and can turn a legitimate and preventable concern, being killed while your phone is charging, into a seemingly illogical one. Because stating that the headphones caused the shock ignores the low voltage nature of modern gadgets. In order to more accurately explain what happened, I consulted the research of a variety of experts as well as ran my own tests to explain the importance of proper high voltage isolation in modern phone chargers and compiled a list of what you need to watch out for when it comes to plugging in your phone.

This story starts with a video, made by Australian electrical engineer and founder of the popular engineering blog/forum EEVBLOG, Dave Jones. Jones explored the differences between a properly engineered Apple brand USB AC adapter – the little white brick that plugs into the wall to convert the high voltage 120 volt AC to a safe 5 volt DC for your phone – and a clone of the same product that had a key design flaw: the isolation between the high voltage and the low voltage was extremely small. This means that in some cases, it could short, or arc over and cause the full 120 volt AC, enough to kill you to travel into your phone. There are numerous other chargers that suffer from this same design flaw, and there have been several stories of people being injured or killed by their phone when the charger failed. Even though this story involved headphones, they simply acted as conductors for the failed charger.

This leads me to my hypothesis: that Zahrin’s death was similar, and that it had more to do with his charger than his headphones. This is 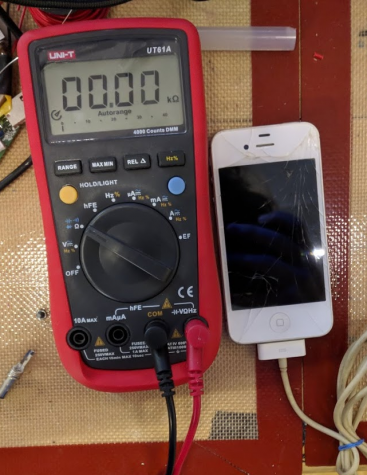 The iPhone 4s, next to a multimeter for testing

where my testing began. I decided to use an old iPhone 4s for my tests. I decided to start my testing with a multimeter. I wanted to see if the headphones themselves were connected in any way to the charging port,. As the phone itself runs on a 3.4 volt battery, (about the same voltage as a AA) the port is the only possible source high voltages. The multimeter allows me to measure electrical conductivity in ohms, a unit of electrical resistance. 0 ohms is a direct connection, and O.L means over load (effectively meaning infinite ohms or no connection). I clamped one end of the multimeter to all 4 wires of the USB 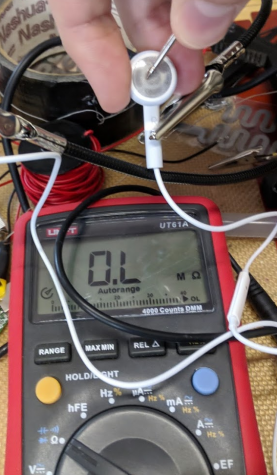 use 120 volt instead of 240 volt. And even if the headphones did arc or have exposed metal the, headphones are not “causing the shock,” the charger is. Even without headphones, a failed charger can still easily shock you. In my testing, the iPhone 4s’ metal sides had an extremely direct connection to the charge port, only 1.2 ohms. Most metal cased phones have similarly direct connections, meaning that even if your headphones didn’t shock you, as soon as you touched the phone, you would be in for a nasty surprise. Granted, as long as you didn’t touch your phone with both hands, or touch your phone with one hand, and a grounded object with the other, the current would not have a direct path across your heart and as such, it would not be deadly. The reason so many of these deaths happen with headphones seems to be that the headphones do sometimes arc, giving the current a path across your body, 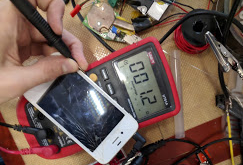 The iPhones metal sides could still shock you.

The reason the headphones could not cause the shock on their own is that the normal voltage range of the headphone jack during playback is very small. I hooked the headphone jack upto an oscilloscope, a tool to measure fine changes in voltages. while the iPhone is playing a song the output on the headphone jack is only .08v, about 1/20th the voltage of a normal AA battery: nowhere near enough to kill a person. Even the max of .16v is still not even close. 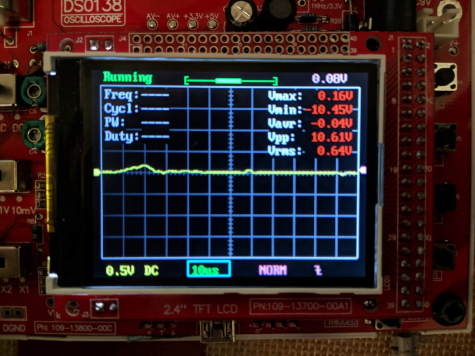 So if the primary issue is the charger sending unsafe voltages into your phone, causing the casing and ground wire of the headphones, to become deadly, what can you do to protect yourself from these issues? The answer is simple: buy safer chargers. While it is always a good bet to use the charger that came with your phone, be careful about buying a direct replacement. Apple, Samsung,

and LG chargers, as well as many other major phone brands, are common targets for cloners on eBay and Amazon. Make sure your charger comes directly from Amazon themselves, not a third party seller, or better yet, buy the charger direct from the manufacturer. If you are looking to save a buck on an after market charger, stick to devices that are UL or ETL listed. These listing mean that the device follows all US safety regulations. Brands like Anker and Amazon Basics provide very affordable chargers that meet UL

certification. Monoprice and Aukey might be worth a look as well. Avoid no name brands, as most of these brands don’t obtain UL or ETL certification. It is never worth the risk, when you can get an Amazon Basics or Aukey charger for under $10. Besides making sure to buy safe chargers, make sure your existing chargers are safe. They should have the UL or ETL logo printed somewhere on them. If you use Apple chargers, make sure they have the green dot, as those that don’t have been recalled due to a issue that could cause the case to slip off, leading to exposed high voltage contacts.