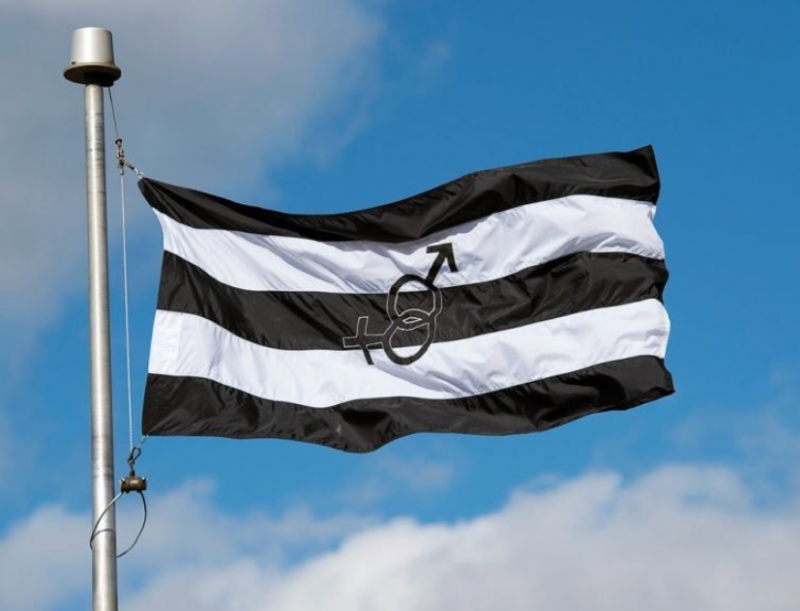 Why We Don’t Need a Straight Pride Parade

The unimaginable has happened - straight people are starting to think that they deserve a "straight pride parade" just as much as LGBTQ+ community members.

June is one of the most special months out of the year. It is one where we, as a community, celebrate LGBTQ community pride and show support and love. Here in Darien, we surprisingly see a good amount of pride. The GSA Club holds a Day of Silence inside of our school and the Darien Library has a pride section right by the staircase. We are even accessible to many pride-related events that take place in New York City. However, there is one thing floating around the Internet that is causing some split opinions about pride month. First starting off as a joke online, the Straight Pride Parade is now something that is actually going to happen.

After a few days of debating the reality of a “Straight Pride Parade” happening on June 4th, it was confirmed that it was not a joke – the city of Boston would be the location for a Straight Pride Parade. This pride parade would be held on the same day as the LGBTQ pride parade and it would include floats and events that “celebrated” straight pride. A straight pride flag was even created.

Now, you might be thinking, who is behind all of this? To answer that question, the event is being organized by Super Happy Fun America, a group that is run by these three men:  President John Hugo, Vice-president Mark Sahady, and “gay ambassador” Chris Bartley. To add on to how questionable this already sounds, the three men christened Brad Pitt as their mascot for the parade (click for reporting on Pitt’s response), claiming that he “is the face of this important civil rights movement.”

This isn’t Sahady’s first time at the rodeo, though. Before helping to organize the Straight Pride Parade, Sahady has worked as a member of the right-wing political group called “Resist Marxism.” He has organized several controversial demonstrations, including a Rally for the Republic in 2017 that drew less than 100 right-wing demonstrators and a pro-gun protest in response to the March for Our Lives in 2018.  Hugo has worked on previous projects as well, including being a Republican candidate for Massachusetts’ 5th Congressional District in 2018. He lost to U.S. Rep. Katherine Clark, D-Mass by 76%-24% for the suburban Boston seat.

As Hugo has quoted from the beginning, straight people are “an oppressed majority.” “We are sick and tired of being treated like second-class citizens,” Hugo said while talking to the Boston Herald. On Super Happy Fun America’s website, the group asks that its supporters call the mayor of Boston to “demand an end to discrimination against straights” because they, too, “deserve a parade.” There is still one thing that is suspicious. The three men claimed that they have fully contacted city officials and have received a permit that allows them to go through with the parade. While city officials do confirm that they were contacted, a permit was never issued. Despite this information, the Super Happy Fun America group said that they will “do whatever it takes to put on the parade.”

When asked about supporting the likelihood of holding a Boston straight pride parade, Mayor Marty Walsh instead responded with a quote that supported the LGBTQ members and their plans for pride month: “Every year, Boston hosts our annual Pride Week, where our city comes together to celebrate the diversity, strength and acceptance of our LGBTQ community,” Walsh said. “This is a special week that represents Boston’s values of love and inclusion, which are unwavering. I encourage everyone to join us in celebration this Saturday for the Pride Parade and in the fight for progress and equality for all.”

Because the idea of having a straight  pride parade seemed shocking, I wanted to know what other DHS students think. “Straight pride is the most stupid thing in the world,” junior Caitlin Chan said. “After the Stonewall riots and years of injustice, that’s why there even is a parade! It’s not just to celebrate who we are, but a fight to have our voices be heard. Yes, we should stress equality for everyone of all sexual orientations and backgrounds, but the pride parade is meant to bring awareness to the years of inequality people of the LGBTQ+ community have faced.  Having a straight pride parade mocks and pokes fun at the whole concept of the pride parade and is largely unjustified. It’s literally so pointless and doesn’t make any sense.”

The perspectives of other students were not so different either. “As a straight person,” junior Amanda Loura said, “I’m ashamed that straight people actually think that it’s okay. We don’t have to be afraid to be assaulted if we show affection in public with our significant others, unlike the unfortunate experiences that members of the LGBTQ community have to go through.”

As I was sitting next to a large group of students while interviewing others, more people began to chime in, including junior Grace Hand. “As a straight person, I very much disagree with the parade,” Hand said. “I understand the intentions behind it, but I think they are completely wrong. Pride is not about putting one group of people over another – it’s about awareness and opportunity that heterosexuals don’t need since that’s just considered the ‘norm’. It just shouldn’t be a thing, it only minimizes the point of pride.”

Lastly, I asked one last student about their feelings towards the straight pride parade. “I think that the straight pride parade and movement in general is really inconsiderate to those who actually suffer every day from just being who they are,” junior Megumi Murao said. “Movements are created and are important because they empower groups of people that have suffered from oppression. Pride month does not exist to suppress straight people – it exists to represent the underrepresented and bring attention to overlooked issues. Creating a movement for a group that hasn’t been oppressed only takes away from all the progress the LGBTQ+ community has made. It’s only barely been three years since the Pulse massacre and people are still and forever will be struggling to recover from that. Promoting and attending a straight pride parade would be taking a huge step back for LGBTQ+ equality.”

Thankfully, it looks like most our the students of DHS would agree and say that the whole concept of having a straight pride parade is utterly unneeded, degrading to the LGBTQ+ community, and, quite honestly, a giant slap in the face to those who are a member of the LGBTQ+ community. This time during pride month, readers, I want you to think about who really and truly needs your support and why your voice matters. Although we’ve come a long way, members of the LGBTQ community have only scraped the surface when there are still an incredible amount of things that we still need to go through. Please take the time to support the community by approaching them with lots of love and open, welcoming arms. 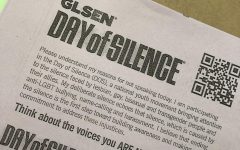 Speaking Up About the Day of Silence