2019 has already been a monumental year for a number of reasons: the first picture of a black hole was taken, a self-driving car was built, a doctor was able to grow an ear, and much much more. However, there has also been a number of downfalls this year, most prominently the attack of women’s rights to abortion. 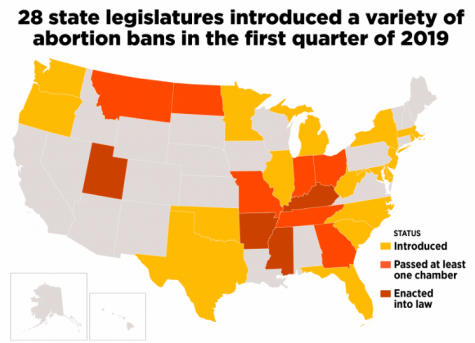 In this past year, 28 different state legislatures proposed some form of a ban on abortion, according to Radical Attempts to Ban Abortion Dominate State Policy Trends in the First Quarter of 2019, leading to a current grand total of 9 states (Alabama, Arkansas, Georgia, Kentucky, Louisiana, Mississippi, Missouri, Ohio, and Utah) who have banned abortion. Each state has different restrictions and limitations: the most tolerant ban prohibits abortions at 18 weeks allowing exceptions for rape, incest, and if the baby is harming the mother in Utah; the most extreme ban prohibits all abortions only allowing the exceptions when the baby is harming the mother in Alabama. The most popular new bill is called the “heartbeat bill” which outlaws abortion after a heartbeat is detected. The issue that many people have with this bill is that many women are unaware they are pregnant that early on, therefore this law is essentially also banning all abortion. 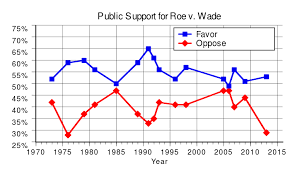 These laws violate a decision made in a case 46 years ago, Roe v. Wade. The decision made in Roe v. Wade established abortion as a “constitutional right”, according to Planned Parenthood’s article titled Roe v. Wade: The Constitutional Right to Access Safe, Legal Abortion. The precedent set by this establishes a right to abortion so bills such as the one in Alabama should violate it, however, bills such as the “heartbeat bill” would not violate this precedent because it does not ban abortion “outright prior to the point of viability” (i.e. the point at which a baby can likely survive outside of their mother), according to Robin Marty’s article named Alabama’s Abortion Law Won’t Change Anything—But Only Because the Reality was Already Bad. 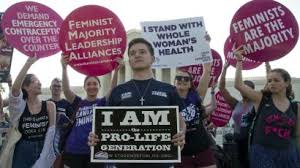 For those who support banning abortion, this is not enough. There is a larger goal to overturn Roe v. Wade by reestablishing the point of viability. Currently, the common point of viability is 24 weeks, anti-abortion supports are looking to change it to 6 weeks. Doing so would virtually eliminate abortion because it is extremely uncommon for women to know of their pregnancy that early on.

“Banning abortion does not stop abortion””

The result of such actions would be catastrophic for women. According to Planned Parenthood’s article called Roe v. Wade: The Constitutional Right to Access Safe, Legal Abortion, 1 in every 4 women in the US will have an abortion at some point in their life. Therefore, this law isn’t impacting just one type of person, it’ll impact everyone. As Staci Fox, the CEO and founder of Planned Parenthood says, “Banning abortion does not stop abortion” In other words, in states where abortion is outlawed, women who want an abortion will just have more obstacles in their way to getting a said abortion. They may go out of state to do it or have it done illegally in a dangerous situation. This could lead to more, unsafe abortions leading to more deaths for mothers as well as children. 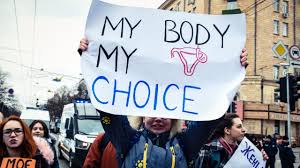 For those who support abortion and the pro-life campaign, they argue that bills that ban abortion are an “attack on women lives and fundamental freedoms” as Hilary Clinton said in a tweet on May 15, 2019, in response to the passing of Alabama’s abortion ban. Many feel that this an attempt to control women’s bodies. In addition, many are confused about how a group of men can make a decision that would only affect women.

According to Veronica Stracqualursi’s article titled 25 Men Voted to Advance Most Restrictive Abortion Ban in the Country. The Female Governor Signed It, all 25 Senators to vote in favor of the bill were male, and the 4 female Senators voted against the bill. However, the Governor of Alabama was female and did sign the bill at the end of the day as well. Their main issue is that the Senators did not take the time to consider the problems of being a female and the consequences of banning abortion. Opposers of these bills have protested these bills on numerous occasions, chanting “my body, my choice”, meaning they believe that this law takes away their freedom to chose, which they believe is unfair. 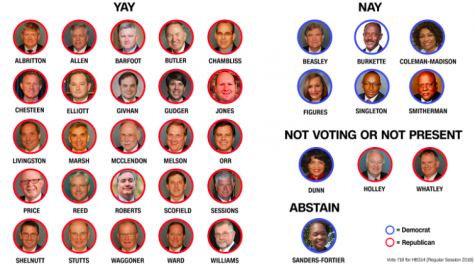 You may be asking yourself, how does this impact us in Connecticut? Connecticut is looking in the opposite direction. Following a trend with many other states in the Northeast, bills on Connecticut’s Senate floor are looking to strengthen abortion laws. Some of the bills include banning discrimination for reproductive choices in the workplace, becoming the first state to regulate faith-based pregnancy centers, and requiring private health insurance plans to cover abortion services without a copay, according to Daniela Altimari’s article named As Other States Restrict Abortion, Connecticut is Poised to Make It More Accessible. However, that does not mean that an abortion ban could not happen in Connecticut in the near future. To ensure that it does not, it is necessary to continue to be active for, or against, the cause by getting involved in local politics. You want to get involved before its too late!