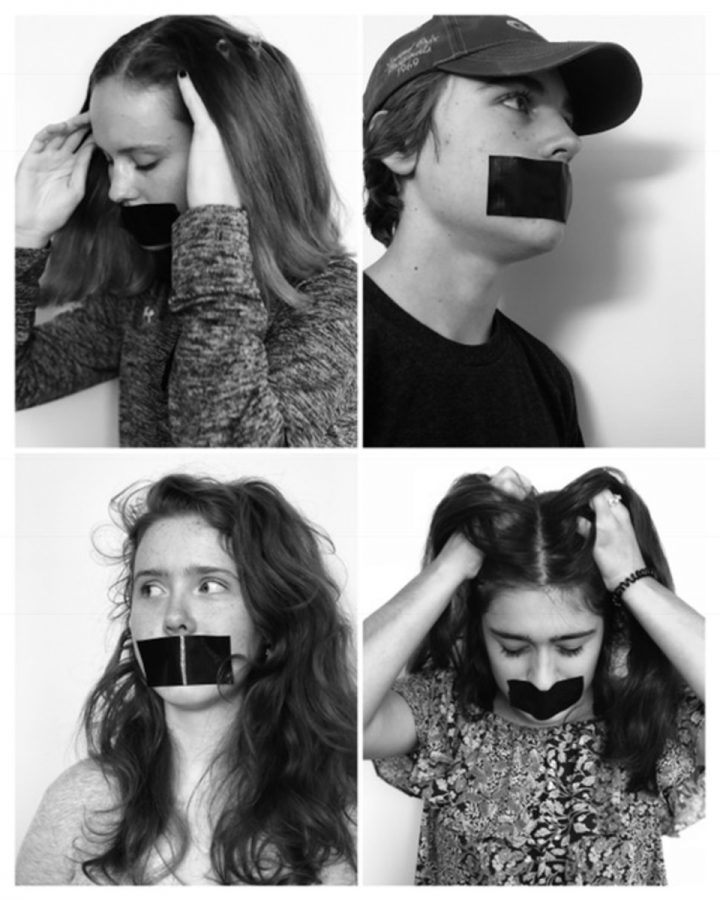 Darien in the Dark: The Truth About Mental Health

The discussion of mental illnesses is often underrepresented and unnoticed–it’s a burden of society that goes unrecognized. Today, the issue of mental health still needs better representation, especially the mental health of teenagers. As school gets harder and kids are becoming more competitive, it’s difficult to be able to get through the typical day of a teen. One statistic shows that 1 in 5 American children aged 12-17, which is around 15 million adolescents, have been diagnosed with some type of mental, emotional, or behavioral health disorder. To make this situation even more hard to take in, only 12 million of those 15 million children are receiving treatment and are going through recovery. 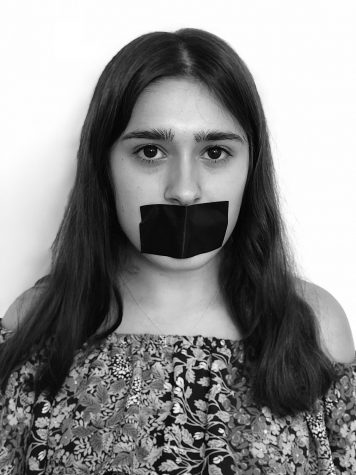 Given the stresses and the statistics, it is beginning to make sense why suicide rates are going up. Maybe you didn’t know everything I mentioned just now, but at least you know what the numbers are and how severe the mental health issues facing teenagers really are. So how is Darien High School responding to this crisis? Are we really doing anything about it? As an extremely pressured and competitive high school, maybe we should start thinking of being more aware and start realizing that anyone can be struggling. In fact, the person that is closest to you right now could be battling a mental health disorder. Now are you finally beginning to understand why support is needed? 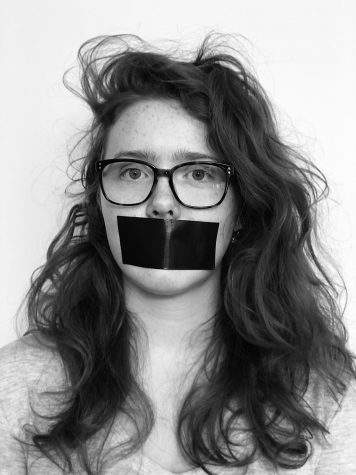 Suicide is the third leading cause of death in adolescents and young adults. ”

I began my research by looking at the statistics for the mental health crisis for teenagers in Connecticut. It really is hard to imagine anything in Connecticut ever going wrong. From the big mansions to the top-ranked high schools, Connecticut seems extremely close to the American Dream, but I came to realize that there is still a hidden problem behind the perfect curtains. In 2017, the Mental Health in America program came out with a list of rankings relating to mental health and access to treatment in the U.S., specifically addressing adolescent mental health. The lists of the different categories measure up, among other things, youth that have or have had an MDE (Major Depressive Episode). The lists ranks states in a variety of ways–like youth with MDE or youth with MDE that have not received any mental health services.  Overall, combining all categories and subjects considered, Connecticut places #3, thanks to decent scores in adolescents having access to health care, a high ranking that is not as bad as other states.

All categories shed light on the severity of mental health struggles in Connecticut. About 28,000 teenagers have had at lest one major depressive episode (MDE) within the past year. Major depression is associated with things like suicidal thoughts and severe sadness, so it’s hard to imagine that in a state that is stereotyped as being one of the most advantaged states has such a large number of students struggling with depression. Around 13,000 youths reported to have had a dependence or abuse of illicit drugs, suggesting good news that some teenagers are receiving some treatment in substance abuse. A more sensitive topic to touch upon is that at least 12,000 teenagers are not receiving any mental health service or treatment of any kind after experiencing an MDE, leaving about 64.1% of teenagers in America with depression or other mental health disorders completely untreated. Although Connecticut does provide more support than most states, we have a problem of keeping the treatment consistent.  Connecticut comes in at #23, which is a little bit confusing because that is almost halfway to 50, so we are not doing so well in providing treatment that stays in touch with the youth. Luckily, Connecticut places in #2 in providing teenagers with private insurance, which means young people receive better coverage than adults. Fortunately, most private insurances will cover both psychological disorders as well as emotional problems, so the access is pretty great as well. Overall, all of these results and numbers are still significant. They may not be so bad, but they do show that there is still a large number of teenagers who are suffering from a mental illness right now. 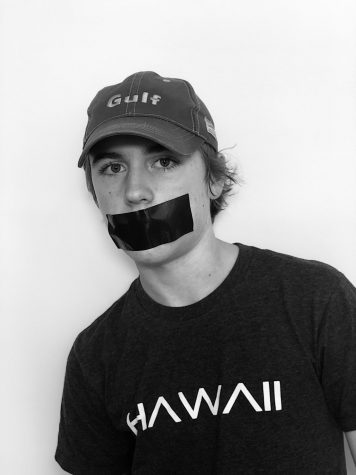 I think that one of the reasons people are often inconsiderate about mental health disorders is because of the many myths and misconceptions that people have about them. Some people find it hard to understand that mental health disorders are, in fact, caused by an imbalance of brain chemicals called neurotransmitters. A mental health illness can also be passed through genetics or can be created after a psychological trauma. Some illnesses also impact brain chemistry. So, in actuality, depression and other mental health disorders aren’t within an individual’s power to control. One of the biggest misconceptions is that someone should be able to “snap out of it” when it comes to disorders like depression. In truth, it takes a long time and plenty of medical treatment to combat depression.

Everyone’s mental health is different, which means that every mental illness is too.

One of the most common misconceptions, however, has always been that having a mental illness shows that the sufferer is weak. This one hurts because people without a mental illness will never understand how hard it is to get through one day when one has a mental health disorder. Putting on a smile and getting through the day without letting people see the effects of a mental illness has to be one of the hardest things to go through.

One last misconception is that it will never get better for people with a mental illness. That is completely incorrect, as treatment is always there at any time, no matter how late someone thinks they are. Seeking help is always an open and welcoming door, and the option of getting better never fades away. 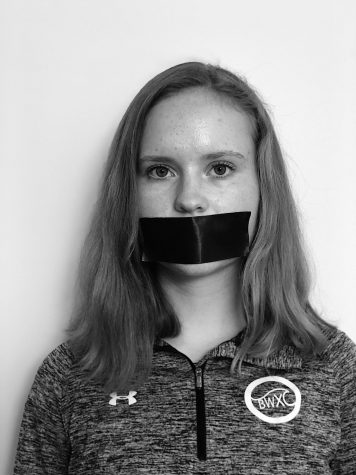 One in five adolescents has had a serious mental health disorder, such as depression and/or anxiety disorders, at some point in their life.”

After looking at these mental health misconceptions, I was wondering how our school takes these thoughts into account, and if our mental health supporters of the school are aware of what can come with the thoughts of some DHS students when it comes to trying to understand mental health.

I spoke with School Psychologist Ms. Beth Shapiro to discuss Mental Health Awareness Month and how the school attempts to recognize it and also how mental health is viewed at DHS. We were able to discuss how mental health could be affecting anybody, specifically here at DHS. “It absolutely could be anybody. We have a number of students who are diagnosed with anxiety disorders, depression, or both,” Ms. Shapiro said. Despite being in line with the twenty percent statistic cited above, it was still surprising to be confronted with the idea that there are a large number of students who are struggling with anxiety disorders and depression.

I always wondered if the extremity and workload of this school could possibly increase the likeliness of suffering from a mental illness or worsening someone’s mental health state. Ms. Shapiro said, “I wonder about that, too, but I get the impression that it’s not that different from other schools. Strangely, for whatever reasons, kids in environments where they don’t have much – where you would think that maybe they would have a lot of anxiety about the future (because they are confronting issues like housing security and food scarcity) – seem to be in better shape mentally,” she explained.

I then asked her something I wasn’t sure I wanted to know the answer to – and that was if DHS does enough when it comes to being involved in its students’ mental health. “I think we’re very responsive to what’s going on here. . . . I think we just tend to assume [a child is getting help outside of school], because that’s the kind of environment we’re in. [Statistically speaking it’s possible that] about 25% of our kids are identified with anxiety and depression; I’m pretty sure the families are aware, but I’m very sure that we could do more [to screen students],” Ms. Shapiro said.

Ms. Shapiro also mentioned that help is available at DHS via the School Counselors, Guidance staff and Health Office. “We all need help from time to time, and an awful lot of people go through times where they need support. There shouldn’t be any shame in asking for help.”

Being a teenager is hard. Balancing family, friends, school, and a personal life can be very difficult–especially when there are problems at home. Darien is specifically an interesting town–one that can sometimes treat mental illnesses as a taboo subject. As a community, we cannot ignore this issue anymore. It only gets worse the more we refuse to talk about it. High school is the place we spend the most time in as teenagers–shouldn’t that make our school a safe and open environment free of judgement when it comes to mental illnesses? The number of teenagers affected in our very own school should raise some serious red flags. The first step to solving the problem is speaking out about it, but we can’t do that if the topic of mental illness  will be shut out from schools nationwide. It is time to stand up for all teenagers suffering with a mental illness in high school because they cannot be silenced anymore. It is time to stand up for our own community, our own classmates, our own children, and our own friends.

If you are considering suicide or any suicidal thoughts or are worried about someone that is, please call 1-800-273-8255 (The National Suicide Prevention Lifeline).