The creation and rise of DAF Media 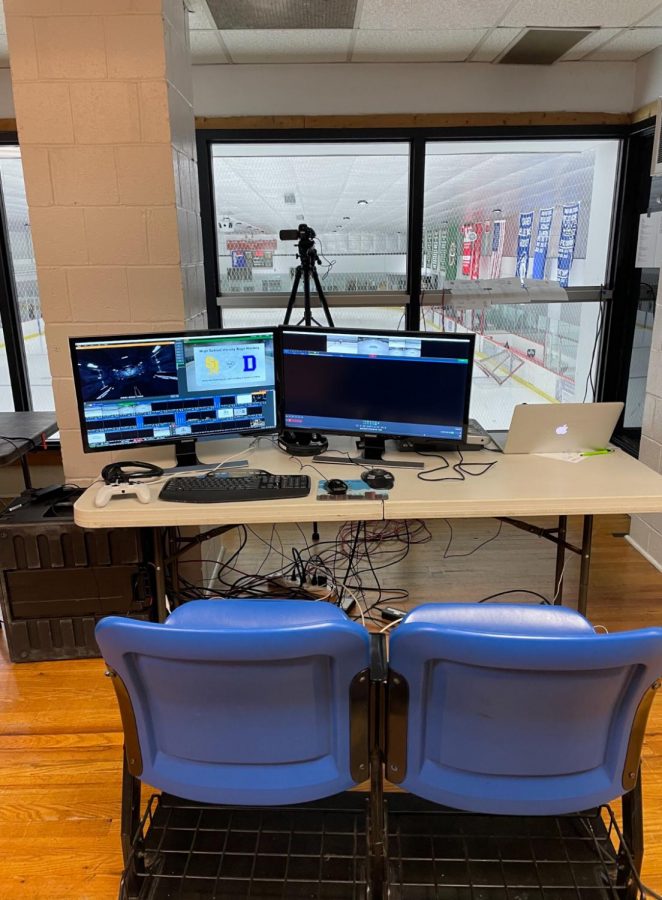 The usual setup for the DAF production crew

The scene of empty stands, no cheering, and no high fiving or hugging at sporting events. Obviously because of the COVID-19 pandemic, fans are either limited or shut out from being allowed at sporting events. There is a certain group of people still there though, and that is DAF Media.

DAF Media films pretty much every sport for Darien High School, from varsity football to varsity squash, they do it. The humble beginnings of DAF Media started out in 2017 where they first filmed some lacrosse games, and then started garnering attention by filming the first ever DHS football home game under the lights.

Back all the way in 2017 they used two cameras, one for on field play and one pointed at the scoreboard to show the score because they did not have the technology yet to show it on the screen at all times. Now there are elaborate graphics that pop up with a variety of transitions. One of the main contributors to the graphics department is sophomore Braden Schenk. He explained why he started doing DAF Media and he said, “I’ve always been in love with graphic design and filming, so I thought DAF Media was a perfect place to do just that.”

Since the start in 2017, DAF Media has gained dozens of new students to join, all led by the head of the organization Mr. Damian Andrew. The organization now has 2.65k subscribers on YouTube, and some of the popular games like the Turkey Bowl have gotten around 20k views. I asked Schenk what his favorite sport to film is and he said, “football is definitely my favorite because the views are high for that game, the crowd is usually large, and the games are always fun to watch.”

Another member of DAF Media, sophomore Andrew Banks said, “I feel DAF Media is a great place to meet new people and make new friends. At the end of the day we are all here to have fun.”

That is what the organization is, having fun, hanging out with friends, filming sports games, and learning about new technology every day.