We can now Control X, Control C, and Control V parts of our DNA like a Google Doc

We are only scratching the surface of the implications of the revolutionary technology we call CRISPR. 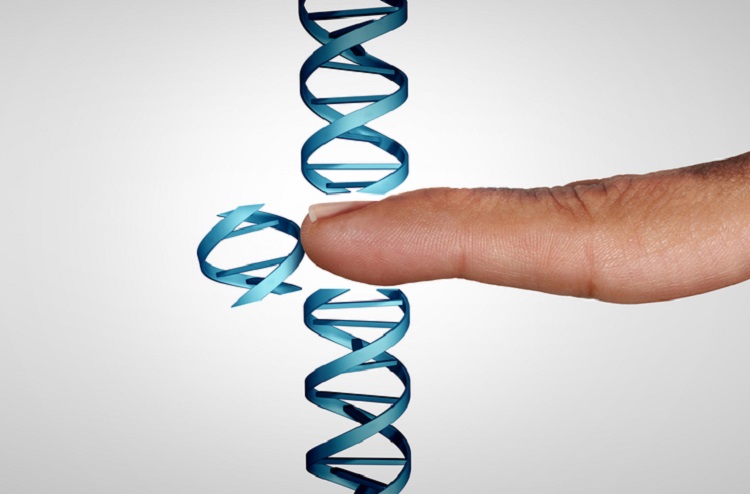 On October 7, two women – Jennifer Doudna and Emmanuelle Charpentier – won a Nobel Prize for their work on CRISPR.

So… what’s CRISPR? In order to understand this potentially world changing technology, we first need to understand the blueprint of our very existence – DNA. Everything that makes us who we are is a result of our DNA – there’s a DNA segment that encodes for our hair color; a DNA segment that makes us react to our darkest fears. For thousands of years, our DNA was hard coded into us. We couldn’t choose to be taller, or prettier, or not be born with a crippling, life-altering disease. But what if now we can?

CRISPR is a way for us to simply snip out the parts of our DNA we don’t like, or add in parts we want. We could use CRISPR to do something as simple as eliminate someone’s insecurity, or something as profound and extraordinary as eliminating a disease. But we are tinkering with something profoundly immature and novel. Never before have humans edited our own DNA, and while the consequences could be miraculous, they could also be disastrous. DNA is the blueprint of a human. If we enhance the blueprint, we could enhance the human; if we mess up the blueprint, we could mess up the human.

Let’s now look deeper into how CRISPR works. DNA is shaped like a double helix. Basically that means it’s like a twisted ladder. Each of those projections over there are like steps of the ladder. And each of those little steps have their own little identity to them: let’s name them Addison, Thomas, Catherine, and Gordon. A, T, C, G for short.

Addison on one side of the ladder connects to Thomas on the other side, and vise versa. Same idea with Catherine and Gordon. Let’s say they are interlocked in a relationship by those little projections connecting them. They are said to be complementary base pairs (projections on opposite sides of the DNA ladder that connect). But Addison and Gordon can’t connect (that would be biological cheating). Somewhere in that big long DNA ladder is a little region called CRISPR. CRISPR is only located in bacteria and archaea, not in humans, plants, or any other living thing! While not all bacteria have CRISPR, but a good chunk of them do (~40%). At its core, CRISPR is just a bunch of repeating sequences of DNA with spacers embedded in between them.

CRISPR is very complicated, but here is the simple rundown:
1. Virus approaches bacterium.
2. Virus gets to bacteria and inserts its genetic material (DNA/RNA) into bacterium.

3. Bacterium approaches the virus and snips off part of the virus’ genetic material (DNA/RNA).
4. The snipped off part of the virus’ genetic info becomes one of those spacers in between the repeating sequences. Since the bacterium may encounter thousands of viruses in its lifetime, it may have thousands of those spacers – one for each and every virus. The newer viruses are at the front of CRISPR, while the older ones are in the back. In this way, CRISPR stores a chronological log of every virus it has ever encountered.
5. CRISPR DNA is transcribed into pre-crRNA. If you recall from biology, transcription is the process of turning DNA into RNA.
The above photo shows DNA being transcribed into mRNA, which is another type of RNA. CRISPR DNA is transcribed into a special kind of RNA called pre-crRNA (and then eventually mature crRNAs).

6. The pre-crRNA is transformed into mature crRNAs. Each crRNA contains one spacer (i.e. the info of one virus) flanked in between two repeat sequences.
7. If a virus shows up again, a certain crRNA is used to match up with a certain place in the genome of its corresponding virus. For this reason, crRNA is often referred to as guide RNA (that is, it guides the molecular machinery to a certain place in the virus’ genome).
8. Once the molecular machinery gets to that place in the virus’ genome, it goes, in simple terms, snip snip. The machinery that does this snipping is called Cas9. And the virus is essentially taken care of.

Even though CRISPR has only been found in bacteria (and archaea), us, humans, can exploit it to achieve some extraordinary feats. As touched on above, we are just scratching the surface, but using CRISPR, we could treat genetic defects, eradicate diseases, end food shortages, just to name a few.

Let’s say someone has sickle cell disease. Sickle cell disease is caused by a single mutation in the DNA (one pair of nucleotides, or one relationship, is compromised). That can mess up the entire DNA strain! Cas9 cuts the DNA near the sickle cell mutation using artificially created guide RNA (crRNA). The cut portion is replaced with a genetically engineered healthy, non-mutational portion. Theoretically, the sickle cell disease is cured! But like I said before, we need to be careful with jumping to broad, dangerous conclusions or tinkering with real people’s DNA. CRISPR can achieve so much, but it is so, so novel, and there is so, so much we still don’t know about it. To reiterate, just scratching the surface.

In 2019, one Chinese scientist – He Jiankui – In November of 2018, he proclaimed He had modified a gene in a number of human embryos which gave those embryos resistance to HIV. He further claimed his edit would be passed onto the children of children who had it. To test this, he misled doctors into inadvertently implanting gene-edited embryos into two women. This incident sparked worldwide criticism for being premature, irresponsible, and dangerous. Indeed, there are, one, already many safe and effective HIV treatments available. And two, what if something goes wrong? The babies will have to live with the consequences of that for the rest of their lives. He has been sentenced to three years in jail.

Even though we may be excited about using this new and exciting technology, we need to understand there’s so much we don’t know – and so much that could go wrong.