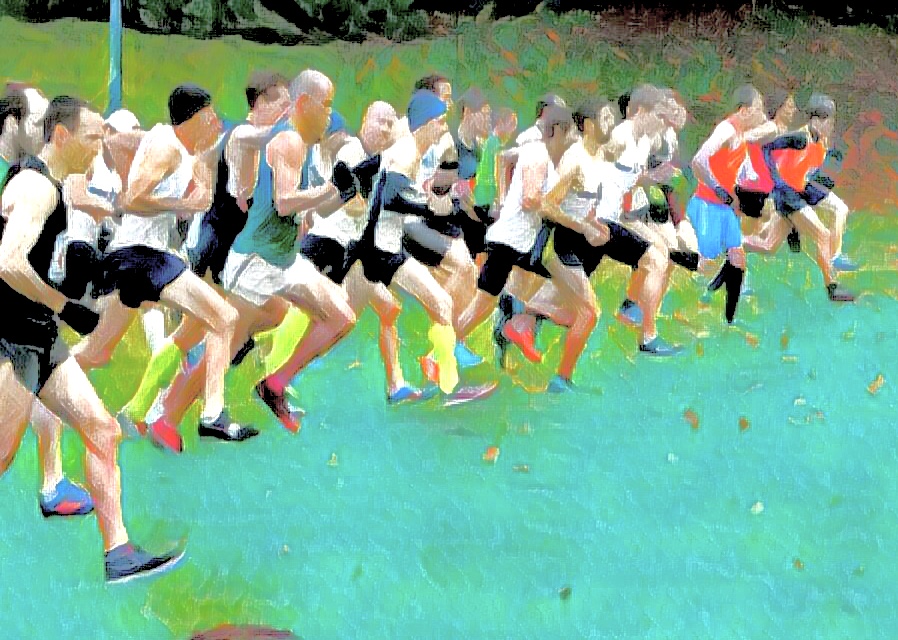 On your marks, get set, and go!

Jim Mellin of Darien CT has been running marathons, Iron Mans and triathlons for years. This year he brought a companion.

Cedric King served as a Master Sargent General for the United States Army. During his third deployment, King’s platoon was attacked by machine gun fire. After that battle had finished, King’s personal battle had just begun.

King lost both of his legs after stepping on a pressure plate improvised explosive device (IED) in combat in Afghanistan on July 25, 2012. He remained in a coma for eight long days before waking in a United States hospital.

Mellin met Cedric at a meeting in Chicago where he presented too advisors who worked in Mellin’s firm. He penned a book, titled, “The Making Point” to highlight the importance of embracing challenges and building a mentality that with the right attitude, they make you.

The two became instant friends and ran together at several meetings this past year. They discussed running the NYC Marathon, and it was a dream, until they worked enough for the goal to seem tangible.

“As I learned about his training, I felt like I might be able to help him with both preparation, and execution on race day.” Said Mellin, runner of six Iron-Man Races and two Ultra-Running Races.

Mellin and King shared Gordon Bloch’s book, “How to Train For and Run Your Best Marathon: Valuable Coaching From a National Class Marathoner on Getting Up For and Finishing”. The book includes a 16 week schedule. In addition to King and Mellin’s running schedule they shared via text, they used the book as an additional motivator.

The goal: This would be Cedric King’s fastest marathon, of the nine he had already run.

King broke his all time record at the New York City Marathon this past Saturday, November 2, alongside Mellin. The crowd went wild.

“People know courage when they see it.” Said Mellin.

“I feel honored to have a friend like Cedric.  He makes me want to do more for others.   I am so grateful that he is in my life.  And I am driven to share his mindset, courage, and determination with others so they can challenge what is possible, and positively impact others. He is a force for good.  He inspires gratitude, effort, and perseverance.”