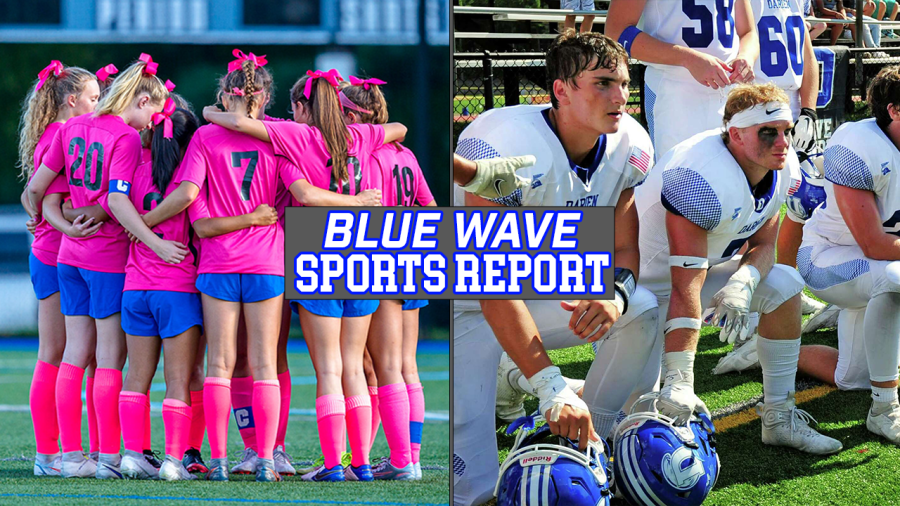 It’s the inaugural edition of the Blue Wave Sports Report. This new weekly series will recap the Blue Wave varsity teams from the week that was and provide an analysis of what the teams have on the horizon.

Boys soccer opened the season on Thursday at home vs the Norwalk Bears. They fell in that match 1-0 despite many efforts from the squad. It was a tough way to open the season, but the FCIAC favorites put that behind them as they took on Westhill on Saturday. Darien scored 3 unanswered in the first half and then returned with 3 more in the 2nd half to beat the Vikings 6-3. It was the first win of the 2022 campaign with senior James Kennedy leading the charge with 4 goals. He was helped by his twin Matt Kennedy who netted one and senior Trevor Pegg added to the tally. Darien currently sits at 1-1-0 after the first couple of games and will travel to Trumbull on Tuesday for their next match. They will also return home on Friday to play Friday night lights against the Fairfield Ludlowe Falcons.

Girls soccer kicked off the 2022 season on Saturday at Testa Field in Norwalk. The girls got off to a hot start scoring 4 in the first 40 minutes of play. They would go on to add another to pick up the 5-0 win. This win was extra special for Darien Head Coach Leigh Parsons as it was his 100th career victory as the Darien Head Coach. Parsons, who is now in his 12th season coaching the DHS girls’ team savored the moment and the 1-0-0 start from the Wave. Darien returns to the pitch Monday afternoon for a clash against the Westhill Vikings. They will then host Trumbull on Wednesday at the center oval before ending the week on the road at Fairfield Ludlowe’s Taft Field.

The DHS football team had a rough go at it on Saturday. They traveled up to St. Joseph where the Hogs would get the best of the Wave 14-0. This was the first time since 2013 that Darien would fall to the Hogs and the first time since 2009 they lost an opening day game. With the loss, the number 2 ranked Darien Blue Wave had dropped out of the GametimeCT rankings for the first time since Thanksgiving of 2013. Darien football is officially unranked. Now on a better note the last two times Darien fell to St. Joseph, in 2013 and 2012, the Blue Wave went on to win the Turkey Bowl later those years so if history repeats itself this year we could see a Turkey Bowl win return to DHS. That is way in the future, but what isn’t is the team’s week 2 matchup against the Bridgeport Central Hilltoppers on Saturday at 1:30pm at the Stadium. It will be the home opener for the team as they will search for win number one on the season.

A reshuffle of the DHS Field Hockey schedule would end up with the Wave taking the 55-mile trip up to Madison to battle the Daniel Hand Tigers in the opening game. The Tigers, who are the usual class M favorites struggled to hang with the Wave as Darien would score 6 unanswered and shut out Hand. Darien would lead 5-0 at the half and not give up any opportunities to the Tigers in a stellar performance from the team. Junior Blake Wilks led the Wave with 3 of the teams goals in the match. It’s safe to say it must’ve been one happy bus ride back. The Field Hockey team has their next match on Tuesday as they host Westhill at the stadium. A postponement of the match on Thursday means they would have to wait two more days to take on Norwalk on the road to finish their second week of play.

Girls volleyball sits in the grouping of finishing up the preseason. The Wave participated in the CIAC preseason tournament in Farmington over the weekend where they were victorious taking down Fairfield Ludlowe in the championship match. This was the second year in a row the Wave won the preseason tourney. However, on Wednesday the team will shift their attention to the first regular season match of the season. The Amistad Mustangs will travel down from New Haven for the opener inside the Main Gym and then a trip to Newtown for a clash with the Nighthawks on Friday are the team’s only two matches this week. This week and next week are out-of-league matches for the Wave so they will count for the overall record but not for the FCIAC standings.

BLUE WAVE PLAYER OF THE WEEK

The first ever Blue Wave Player of the Week award goes to senior James Kennedy. Kennedy netted a team-high 4 goals in the win over Westhill on Saturday. It is safe to say that Kennedy is setting the pace for the season ahead and there will be a lot more multi-goal games from him this year.