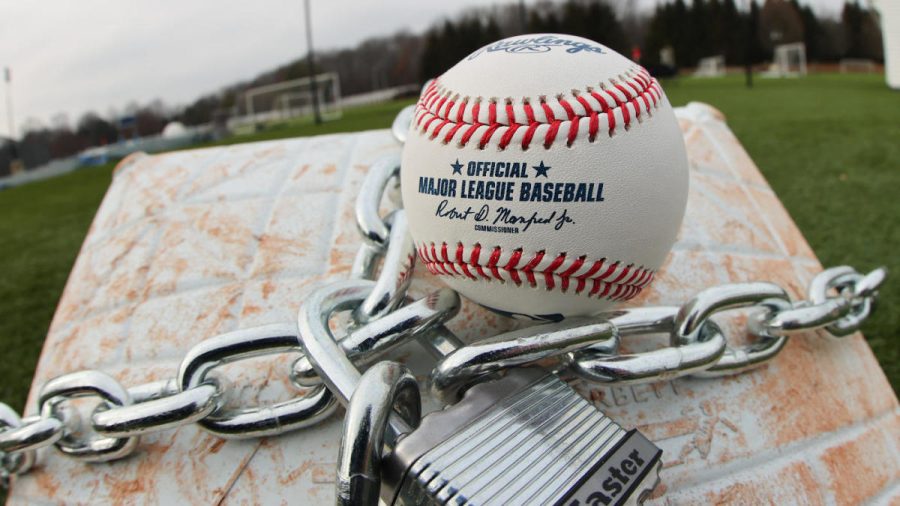 Many sports fans around the country are saddened, surprised, and disappointed with the current state of Major League Baseball (MLB). It is sad to see billionaire owners and multi-millionaire players fighting over money. The two sides have been far apart from the beginning of negotiations, and with little movement between the two sides, this situation has officially entered the state of panic mode.

Since the beginning of the lockout in December, the owners and the MLBPA (Major League Baseball Player’s Association) have been very far on an agreement. This disconnect between the two sides has caused games to be officially canceled. This is the first time games have been canceled over a labor disagreement since 1995. When I read new headlines about this dire situation, most of the time I actually see articles saying the two sides are becoming farther apart. A few weeks ago there was a deadline to get a deal done for a full season, and the two sides were working tirelessly to get a deal done but they could not. Sadly, I feel them missing that deadline is a huge factor in all of this, because that might be the closest they get, and if it is there will be no season.

Many around the country and the world are upset by the current situation, including some DHS students. Junior Sam Donnelly feels, “it is really frustrating to see them not come to an agreement. I hope they can agree soon so that fewer games are missed.” Similarly, junior Henry Imbrogno said, “it feels like both sides are not trying that hard to come to an agreement, and now I am worried they will never come to one.” That is how many baseball fans around the country feel: frustrated, worried, and upset.

With the date currently being March 9th at the time of writing, there is news everyday that they might be coming closer to a deal, but also they are becoming farther apart. USA Today columnist Bob Nightengale recently tweeted, “The negotiations have now hit the 16-hour mark as the MLBPA is expected to soon deliver a written response to MLB’s offer.” If that is the case, it could be a good sign. The unfortunate thing however is that just a week ago the two sides met for the same amount of time each day, but never hit an agreement.

The current situation in the MLB is one that few generations will see. It is unfortunate, but with the current state of the world and economy it is understandable why they are disagreeing. It is a total state of unknown right now, a deal could be struck tomorrow, or there could be no deal for months. We do not know, but everyone is just hoping this nightmare will be over soon.