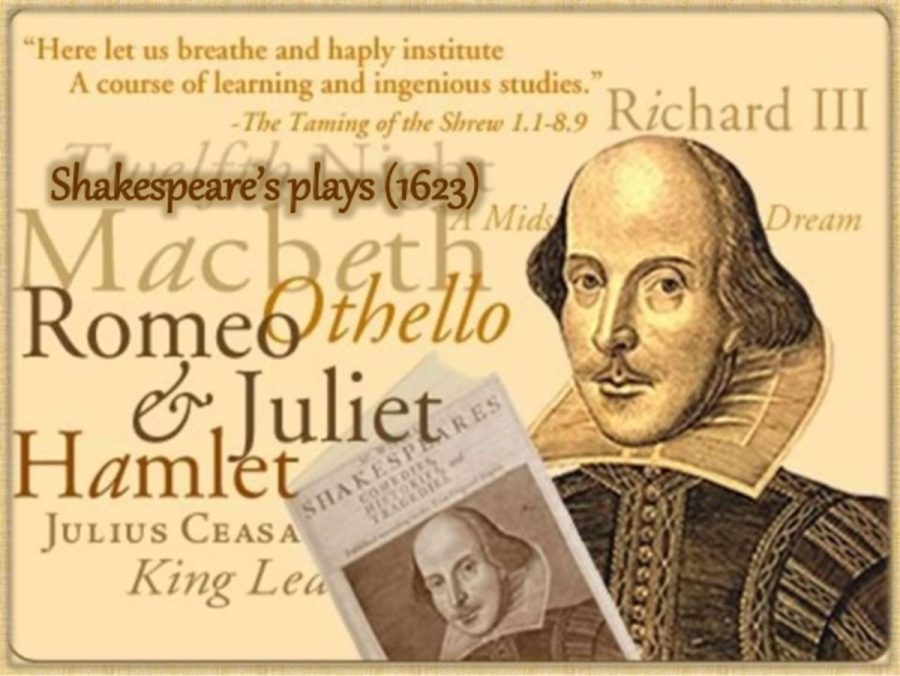 There are thousands of writers in the world. Just like society, only the top one percent will ever be remembered. For example, J.K Rowling. For generations kids will remember Harry Potter, and they will automatically associate the books to J. K Rowling. Even J.K Rowling cannot compete with the level of fame this author has received for his countless works.

In the month of April, in 1564, William Shakespeare was born in Stratford-upon-Avon, United Kingdom. An artistic man at a young age, Shakespeare left his hometown in search of an adventure. He wanted to write plays and poems that would inspire England and bring joy to the Queen and her people. What he never realized, was that his dream would turn into a worldwide phenomenon. His plays like “Romeo and Juliet” and the “Taming of the Shrew” would go down as being some of the greatest works in history. Whole school systems changed their English department teachings to celebrate and introduce his works to teens across the globe. In the end, Shakespeare’s quest to find an adventure, changed the course of literary writing for the better.

A lot of thought came from Shakespeare when writing his plays and poems. A lot of the elements to his story talk about real life problems that face our world every day.

“First, I love that he created strong female characters with central roles in many of his plays in a time period when this wasn’t common. Lady Macbeth, in all her infamy, and Beatrice, the sharp-tongue, quick-witted leading lady of ‘Much Ado About Nothing’, are two of my all-time favorite characters,” Ms. Erin Mccarthy an English teacher at Darien High School said.

The incorporation of women’s rights into William Shakespeare’s play demonstrates that Shakespeare may have believed that women should be equal. This may suggest that he favored the idea of women being capable of doing exactly what a man can. I mean Lady Macbeth was able to manipulate her husband to commit unspeakable acts. She was capable of being the stronger person, exemplifying that shakespeare may have seen women as powerful and strong. Able to conquer anything in their path.

“I love the predictability of Shakespeare’s structure. His tragic plays present a clear morality , while his comedies subvert conventions. I love a writer who can uphold the values of his time while also questioning tradition,” English teacher Ms. Jennifer von Walde said.

The idea of challenging tradition is seen throughout Shakespeare’s plays and poems. He strongly believes in making his opinions known under the radar. His play’s do not just hold significant meaning, but they can also cause connections and feelings to be felt by the audience that most play’s these days fail to do.

“When I went to London a few years ago, I had the pleasure of seeing Shakespeare’s Tempest performed in a theater meant to replicate an Elizabethan indoor theater. It was lit by big chandeliers ladened with candles. There was no electronic light in the theater itself,” English teacher Ms. Emily Bossan said concerning her experience in London at a Shakespearean theater.

The realism that Shakespeare brought to his plays, allows the reader to feel connected to the characters, unlike many plays today. Instead of getting dressed up and being seated in the dark for a performance, people back than would experience plays in the light. They would get a chance to really connect with the actors who would perform. They would boo at points when the villain arrived, and cheered when he was killed or slain. The connection between the audience and the actors were more intense than they are now.

Speaking of villains. Some of the world’s evilest people may have made an appearance in Shakespeare’s plays without realizing it. Their is some considerable evidence suggesting that many of the famous villains in his stories were based off of real people.

“Lago in Othello, Don John in Much Ado About Nothing, and Lady Macbeth are just three of my favorites. Shakespeare created compelling villains with intriguing motivations that are a delight to read about or watch on the stage. They make us think deeply about evil, ambition, manipulation, greed, and guilt. They are the best of the worst,” English teacher Ms. Anne Fernandez said.

Even though they are the worst characters, they are the ones who bring Shakespeare’s play alive. They stir up the conflict that causes audiences to become intrigued and angry. The feelings of hatred and desire for the main character to win become evident in the audience. Meaning that a connection has been made. Even disney saw the power that shakespeare’s villains brought to the story. In fact the villain Jafar, is based off of one of the villains in Shakespeare.

Even though Shakespeare never got an amusement park like J.K. Rowling did, he still had an impact on the world. He brought forth the new age of writing and discovery. With that, we are eternally grateful.